It is time for some Reality Gold! Welcome to the Blog Tour for Tiffany Brooks’ newest book, all about running away from terrible things, reality shows, secrets, love, and more. And I can’t wait! I am always looking around for a new Reality Show book (currently reading I Wanna Get Laid By Kade), so I can’t wait to try out this one. The excerpt certainly is interesting.

For today’s post I got all the information on the book/author, an excerpt, and a giveaway (you can win a copy of the book + 25 dollar Amazon gift card).

Ready, set, and cameras are rolling. 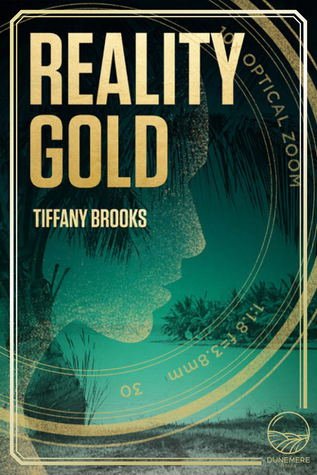 “There are only two ways to survive Internet infamy: drop offline and play dead or give everyone something bigger and better to talk about. I’ve tried the first strategy. Now it’s time to try the second…”

A year and a lifetime ago, Riley Ozaki was just an ordinary high school junior in San Francisco, stressing over boys and grades. But an ill-conceived editorial in her school paper brought her an internet avalanche of public-shaming and ruined her life.

Now Riley’s on a helicopter dropping into a deserted island with nineteen other teens, to star in a reality show that will be her redemption. She has no other choice. National attention was what got her into this mess, and only the same level of exposure can get her out. Besides, Riley has a few tricks up her sleeve.

With a cast of vivid characters who will stop at nothing to win the show, a cursed island setting, and a priceless treasure waiting to be discovered, Reality Gold will drop readers right into a scheming web of lies, love, and betrayal. 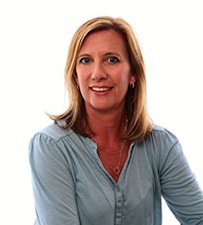 Tiffany Brooks lives in San Francisco with her family and a bunch of pets, who luckily don’t object to being featured on her Instagram. The best thing about living on the west coast is she can find out what happens on Game of Thrones three hours ahead of air time. That, plus not having winter weather, means she’ll never move back east, although that doesn’t stop her New England family from asking when she’ll be moving “back home” to NYC or Connecticut. Reality Gold, her debut novel, kicks off the Shifting Reality Collection, a YA trilogy.

“Trouble in paradise?” Deb asked. She motioned me to sit on the log across from her. I took my time, going around the long way instead of stepping over it. Sitting for a one-on-one interview was really not ideal right now, not if I wanted to keep pretending everything was fine.

“This whole paradise is trouble,” I said after I’d sat down. “So yes, you could say that.”

“Whoa. For someone who just won a challenge, you’re in a pretty bad mood.”

“But that’s the way you want it, right?” I asked. “All of us feeling a little bit like we’re on the edge?”

“Is that what you think I want?”

The air had gotten noticeably cooler, and a breeze was starting up. I wished I had a sweater.

I brought my knees up to my chest. “There’s been some speculation that the best outcome for you is one where we’re all rolling on the sand punching each other out and calling each other sluts,” I said.

“I’m not going to lie. That would be pretty great television,” Deb shot back. “Reality gold, as they say. It would certainly live up to our show’s title. Is a scenario like that in the works?

Let me know when and I’ll make sure our best crew is there to capture it.”

“Yeah, I’ll get right on that.” The camera light was shining on me, lighting up my face and every bit of my sour expression. I didn’t care. It actually felt good to be openly cranky.

“Whoa. Joking! Did your sense of humor fly back to San Francisco?”

I flinched. What a cruel trail of words: San Francisco led to Frisco which led to Porter, which led to, what? Dumped? Ignored? Ditched? Nothing good at the moment, that was for sure.

“Porter asked me if I was running some story line with him. Where would he get that idea? It sounds like something you or someone on the crew would say. And he seemed to know about me. You said you wouldn’t tell.”

Deb was silent for a minute. From the team huts I could hear Porter’s voice and Willa laughing. Not the most pleasant soundtrack.

“Let me ask you something, Riley. Put yourself if my shoes for a second, and look at what we’re doing here from my point of view.”

“What do you think I want from you and the other players? If you were me, the producer of a television show, the very first one that you are getting executive producing credit for after many, many years working way down low on the ladder, what would you want?”

“Obviously. And not just good: great. But specifically, what would you hope for so that the show turned out great?”

I thought for a second.

“Nope,” Deb said. “Bad producers micromanage the story lines. The good ones let interactions unfold. Sure, sometimes we prod people along, but this isn’t a scripted show, which means the way it’ll jell is not because everyone starts doing things I order them to. It’ll come together when the cast finds its own chemistry. And yes, that chemistry could come from everyone calling each other names, but the point is that I don’t know, and it’s not up to me. It’s up to the cast. Specifically, cast members with charisma who become central to the daily action. You weren’t one of those cast members at the beginning, I’m going to be honest with you. But now, I’m interested. I don’t often say that, because I really don’t like surprises, but look: you just won a challenge. You, the girl we barely filmed two days ago because we thought you’d be the first one gone. No one else even came close to touching you tonight.”

“Oh.” I felt myself softening while simultaneously hating myself for it. Two compliments? That’s all it took for me to turn to mush?