Welcome to the last Library Haul for May, where did the month go? Today was such a superfun day. Since I had the afternoon free I decided to head the Library #4’s other branch, 45-ish minutes on bicycle from my home. It is the first time going there on bicycle, but since I now have an electric bike I felt up to trying out if I would be able to go so far (normally I would get tired from small distances). Plus the weather was just amazing, so how could I resist.

After a bit of puzzling and using the not-so-handy Google Maps I found my way to the library (also mostly thanks to my boyfriend and I riding there on the motorcycle last summer, I recognised several points and that helped me with finding the way). Next time though… I will take a different route, probably the same one I took home. I am not sure what Google Maps thought, but their route was at points way to complex and I had trouble figuring out where to go.

Library #4’s other branch is a nice library, bigger than the branch I always go to. I had lots of fun wandering around the library, plus I could cool down a bit as they have A/C. In the end I found several new books, including some that only that branch has. But I just checked, and it seems I brought one book with me that I already read. Stupid Goodreads and not showing it as existing on their app. 🙁 Oh well, next time I should trust my gut/instinct a bit more. 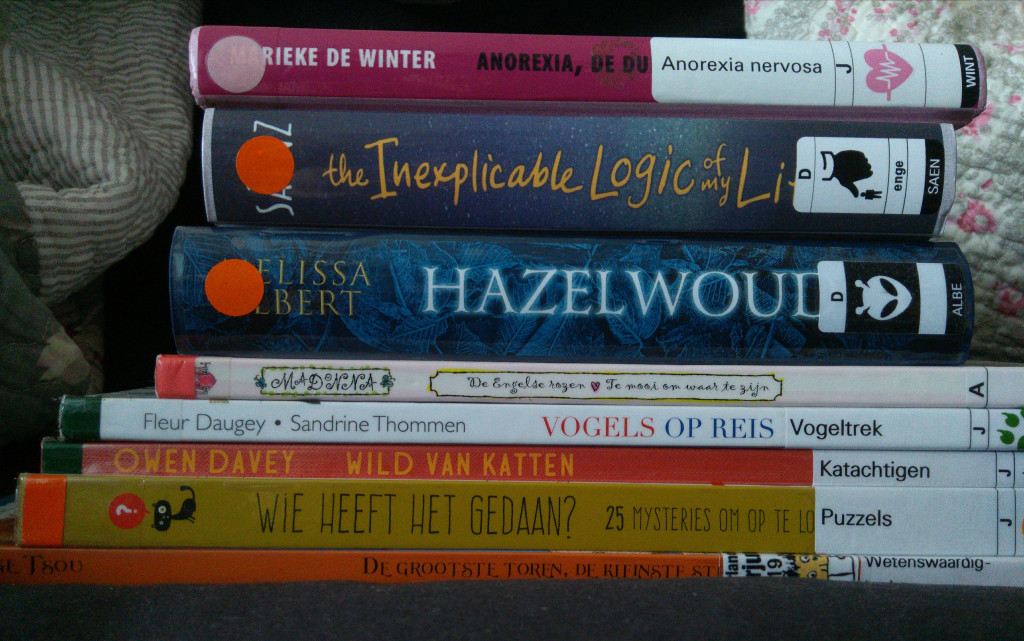