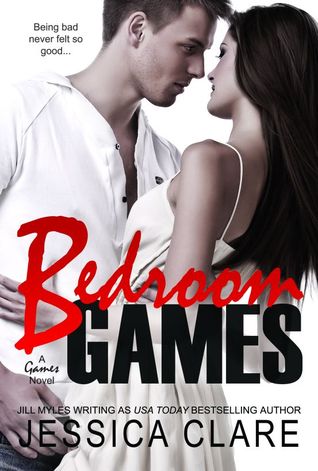 1 Reality Show, many weeks of challenges and tension, a girl fighting to win, and one bad boy.

Our MC is Kandis. A fierce, feisty, awesome girl who has one goal in mind for this contest. To win! She is going to be lying, fighting, flirting. And she does it all for her mom. Awwwww. Yep. Her mom who has a gambling problem and throws away money faster than I eat pizza when I am in a pizza mood. 😛 Kandis wants to win the money to pay the mortgages on her mom’s home and also make sure she gets the best kind of help. insert more awww
I just adored this girl from the start, though I was kind of hesitant about her techniques. Yes, they would get her far, but had she thought about the whole voting in the end part? Because making enemies is nice, but um…
I loved to see her war between her feelings for Brodie. On the one hand she just wanted to kick his ass, on the other hand she wanted to do all sorts of naughty things with him. 😛
I also liked seeing her try to form alliances, be friendly to people, and do something in the challenges. I say do something, as while I get her technique, I wished she would just had put a bit more fire in them. I understand she doesn’t want to come over as too strong, but this was just ridiculous.
Her confessionals were fun, and I loved her open she was while talking there. She didn’t shy away from telling all sorts of stuff.

I am kinda glad I didn’t read Playing Games, instead opting to skip that book and read others in this series. Thanks to that I am not that biased towards Brodie. I wonder how I would feel about him had I read the other book with him in it. So instead I quite liked him from the start. Yes, he was a giant flirt, but unlike Mickey, he at least knew not to take it too far, and he didn’t do any of the icky things that Mickey did. I quite like that even though he knew that people didn’t trust him because of what he did in the previous book, he still charmed his way with people. He showed he was strong, not afraid, and I also loved his /care attitude. He didn’t seem to mind it that much that people didn’t like him.
I also LOVED LOVED his confessionals at the start of the book, they were all about Kandis, and I had such a laugh or a swoon when I read them.
And as the story continued and we knew more about Brodie, dang, I just loved the guy. He is just the sweetest and the best. I loved that he respected Kandis and her decisions. He didn’t push, he didn’t shove, he wasn’t mean, he just was himself, he cared about her, made sure that she was fine, talked to her. But he wasn’t afraid to also give his opinions in his way. He knew Kandis could handle it all.

Plus I just adored their banter, how at first they were mostly bitching (well, Kandis mostly), and then steadily fell faster and faster in love. I was just so rooting for these two to finally kiss, because DANG, I get that you don’t want to give in Kandis, but come on. Hot, sweet, kind, yummy dude, just go for it. /care for Jendan.

Mickey was by far the worst character in the entire book. It wouldn’t surprise me if the guy has a criminal record with the crap he does in this one. What a freaking pervert, he just gave me shivers and I was noping every time he got close to a girl. Especially Kandis got the brunt of it. He kept coming on to her, checking out her ass, touching her, and even cornering her in an empty room. Seriously, it was that Brodie came in, otherwise I don’t want to think what could have happened.

I didn’t like Marla, especially later on. Dear Lord, woman, please. It is a show, it is not life or death, so get off your high throne and stop being so butthurt about stuff. No need to go all rage on Kandis for her tactics.

We also have other characters, some more memorable than others. Sunnie went from OK girl to mean in the weeks that passed. Jendan was so-so, I just never trusted him. And the rest I practically forgot already, they just didn’t hold my attention. 😛

The reality show, and the challenges, the rooms, everything, it was just so much fun to read about them. I loved that the theme was horror. So we had all sorts of disgusting and horrific challenges (like finding the brain in a swimming pool of balls and fake blood, or drinking disgusting milkshakes that will make you puke just thinking about them). While I would have bowed out from the food stuff, I would definitely have participated in the other challenges. Even going naked (OK, maybe). 😛 Or shaving my head for a part (wouldn’t be a problem as that is how my hair is now). Plus I liked the haunted house setting and that there were even things happening that were spooky and creepy.

As the tension between Brodie and Kandis get more and more, we also get more action. Eventually ending up in them having tons and tons of sex. 😛 Yep, there are sex scenes, and they are brilliantly written. Quite a bit graphic though, and very very steamy. I had to fan myself quite a few times while reading, because WOW. These two are going all out.

The ending reminded me a bit too much of another book by this writer, especially how the show ended. But in the end I don’t mind it that much as it was still very good. I did feel sorry for Kandis, and I was hoping that everything would be fine. That must have hurt so much. But now we know the whys and hows I see why it had to be done. Plus I just adored what Brodie did. Awwwwww. That is just the sweetest. I want to see these two again, this time in a new reality show.

All in all, a fabulous book, and I would highly recommend it.