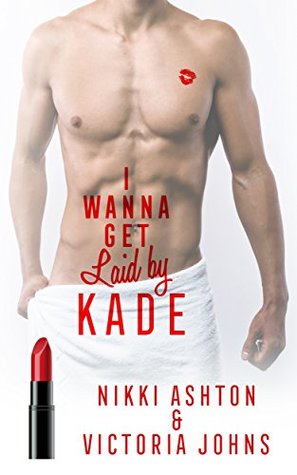 It is time for a brand-new show featuring homeless turned millionaire: Kade.

I have been meaning to read this book for a while now, and finally I could get my hands on it. I just adore reality shows books (which is funny as I generally have no interest in reality shows on tvs), and also how could I resist that steaming hot cover?

The book is told mostly from Kade (our homeless sexy dude) and Daisy (the girl who helped him out while he was homeless). At times we also have the wicked witch Meredith popping up. And I have to say that while she is the villain and I seriously disliked her, that her POV parts were interesting to read. It really gave insight in her character and shows that she is really that terrible.

Kade is discovered by Meredith and he (after some bitching) agrees to participate in the show. Of course Daisy has to come with him, that is part of the deal. But you can already imagine that Daisy’s boss isn’t happy about this deal, so we can all foresee the trouble that is brewing.

The reality show element was really fun to read about, even if it was pretty bare-bones and we don’t even see anything after that happens to Daisy. I would have loved some more challenges, or the girls going bonkers about Kade. But, there was enough drama, and it was quite fun to see the normal girls (as they were called) just chill out while the blondes were feral beasts about to rip Kade apart. 😛 And I did have fun seeing who would be evicted or not (even if that was only like 2 times). I wouldn’t have minded seeing more date nights (as Daisy’s is the only one we truly read about, the rest of the details of the other nights don’t pop up until later in the story).

I know this sounds mean, but I just couldn’t take Daisy’s reaction to what Kade did seriously. Instead I was just rolling my eyes and also laughing a bit. Did you really, honest to all that is holy, think that he had such a big hand in everything? HELLO? The show is made by your bitch of a boss Meredith. Did you really think she would allow Kade to just keep on picking you? Girllllll, get your head out the sand, how dumb are you? Could you not have understood that he really wanted you, but he couldn’t due to Meredith’s shitty attitude? But, no, that never ever passes her mind, nor does the fact that Kade may not have sex with anyone (and no, not a spoiler, come on it is clear for the start that he has no interest in any of the girls with the exception of Daisy). So yeah, I am sorry, but Daisy who is totally destroyed just made me roll my eyes. Gosh girl, you sure have faith in the show and in Kade. Really, that bodes well for any relationship if you have so little trust in him. 😐

Then again, she never truly had an interest in Kade/he never made her panties wet, until he was cleaned up. Shallow much? Sorry, but from what I had hoped they liked each other already. Well at least Kade does like Daisy (and that grows with every page), but Daisy apparently never sees the appeal until Kade is cleaned, cut, put in a new suit, etc. etc.. It just made their love a bit off for me. Instead of totally rooting for it, I was just halfway into it. I was mostly rooting for Kade.

I have to say I was a bit disappointed in the constant badmouthing about the blondes. I get that both Kade and Daisy don’t like the girls, but they never gave them much of a chance, they just kept calling them all sorts of mean names and judging them. 🙁

What happens after the show? It just made me so happy for Kade. He definitely deserves this. What a fantastic turn of events. The show wasn’t all that for him, but it led him to his family, it led him to be found by people who love him.

That epilogue just made me so happy, so very happy. I was delighted for Kade.

There is some sex (steamy and oh my), and enough mentions of Kade’s dick/cock/penis that at times I wondered if it was all that necessary. 😛

So even with its faults I really liked reading the book, so it will still get 4.5 stars. And I would recommend it.