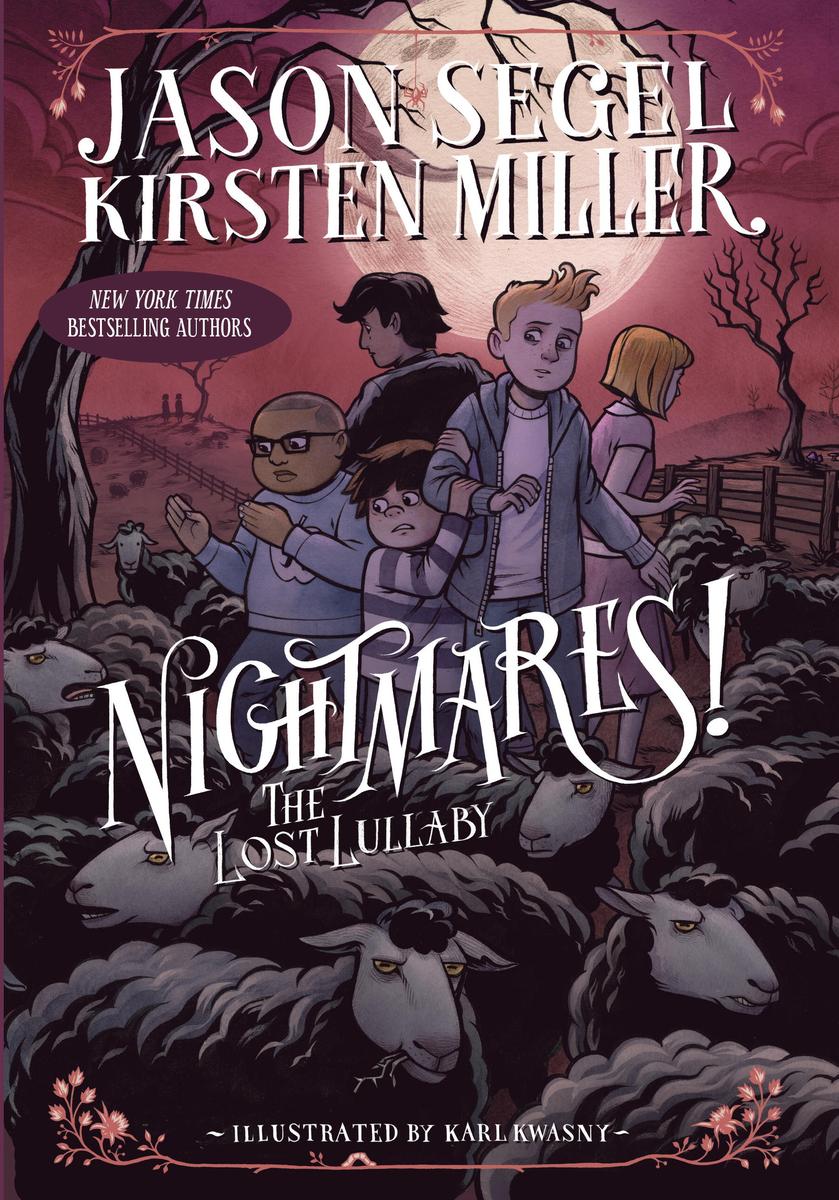 The final book, the final battle, the final time we see the Netherworld, and we finally find out what is going on with INK and ICK.

This last volume is all about finding out what is going on with ICK and INK. What are their plans? Are they truly evil? Why is INK doing all that she is doing in Cypress Creek? What is their history (as we got quite an image already, but it isn’t complete)? Will these girls be able to find happiness or will it all end in sadness? Will INK be able to get to her sister who is still stuck in the Netherworld?

I have to say that I quite started to take a liking to INK. Yes, I was still very hesitant to trusting her, and I was not convinced of things until they were truly confirmed and said. I loved that this girl just up and went to school. Other kids wouldn’t dream of going to school, voluntarily, INK just wants to go to that place. And I had quite a laugh at how eager she was at discovering all that had changed in the many years she has been stuck as a kid/in the Netherworld/in that lighthouse. Plus she did some amazing things in this book.

I did think it was a bit weird/not handy that they never told Charlie’s father what was going on. I get that it is best if most people are left in the dark, but with what happened in the book, it would have been best had he known a bit more.

And of course headstrong Charlie may just find out that maybe he should be less hot-headed if he wants to keep his friends and keep them happy. Still, I don’t blame Charlie for acting the way he did. He has seen enough crap happening and is just worried about trusting someone after the events of the previous books.

We also have many parts in the Netherworld, and I still love seeing that place. Sure, I wouldn’t want to spend my time there, too creepy, but I wouldn’t mind seeing it just once. So fun to see characters from the previous books again. See them try to help out. But also meet new monsters and nightmares.

I liked finding out more about our new character, Ms. Abbot. What happened to her before she got Cypress Creek and got to be a teacher at Charlie’s school. The poor woman. I did feel sorry that she went through all that. But it was quite important to the story, as what happened to her is also something that we see happening to ICK and INK. What rumours and people picking scapegoats will do. I loved that she was giving poisonous plants a chance and even talked about all that was good about them (and there is a lot of good about them).

Also given the cover I had expected them all to get between some scary looking sheep, but that is actually false. It is only Charlie who is able to get into ICK’s dreams (and she is the one whose dream it is). I did think it was a bit of a shame. The parts where Charlie got into her dream/nightmare were still exciting and I was curious about what it all meant, but I was also a bit unhappy that the rest of the crew wasn’t there.

I am not giving this book a 5 stars because of Jack. I am not even sure how I liked him in the first book. He was a terrible character in book 2 and an even worse character in book 3. There are just too many instances that I wanted to shake him and throw him in the Netherworld and then burn down the portal so he can’t go back. 😐 How he is constantly making friends with potential enemies (I get that everyone deserves a second chance, but still, I would have rather seen him be a bit hesitant about INK instead of instantly making friends with her), how he seems to think he is so much better than anyone (and yes, Charlie also has that problem, but for some reason it is way less), I was already happy that he wasn’t doing that superhero crap he pulled in the other books. I hated how smug he was at times. He was just too annoying, and the books would have been so much better if we didn’t have him in the picture.

I liked reading about the murals and the guy who made them. Dang, he has talent. I am sure he will get very far in the future. <3

Of course, like the other books, this one is illustrated to the brim with fun and delightful illustrations. Perfectly capturing the good and the bad guys. 🙂

The ending? It certainly brought some tears to my eyes. That was just the perfect ending, and I am oh so happy with it. I would like to talk some more about it, but I don’t want to go into spoiler territory or get too close to that.

Now all I got left is that guide on Nightmares. Guess I will be buying that one very soon. There was a sneak peek of it at the end of this book and now I want the book even more than I already wanted it. 😛

Well, I had tons of fun reading this book and I loved the series. I would recommend this one to everyone looking for a fun, supernatural/paranormal read with some fantastic characters.