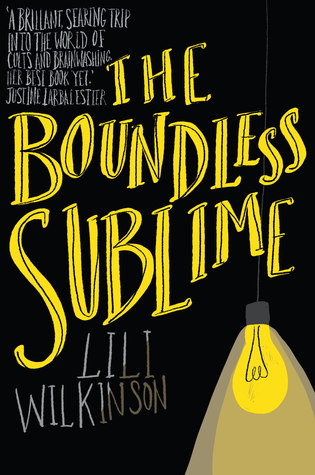 “My name is Ruby Jane Galbraith, and I’m no Messiah.”

I am always intrigued, interested, and curious about cults, so I love reading books about them. Seeing what pushed people to join a cult, if they completely fall for the lies, I want to see how the cult works, and then also want to root for our character (and her friends and other innocent people) to get the hell out of this place.

Say hello to Ruby, she hasn’t had the easiest months. Her brother died (though at first I thought it was her father). We later find out what has happened, and the giant impact it left on the family. Ruby is slowly spiralling into blackness. You can just see that this girl is not doing well, and that it is only a matter of time before she completely gets lost. It is at this dire moment that she meets Fox. An enigmatic, cute, charming boy of her age who talks to her, invites her to a home, and then also tells her about the community he lives with. Yep, warning bells are ringing. Even Ruby can sense that something may be wrong, but we can also tell that she is falling for it. Falling for the sweet talk, falling for Fox.

I was a bit amazed that she went from eh to all the help to OMG, yes you are talking to my soul stuff. It was just a bit too fast for me, it would have been nicer if this had been a bit more gradual instead of POOF.

I did love that while she was at the cult she still stayed quite sceptical about everything that happened. You saw it was still affecting her, and that she was still falling for it, but you could see she still a measure of common sense and intelligence. It was quite interesting. Quite often with cult books we get people who are either infatuated with the system, the leader, everything, or have been there for ages and are, due to stuff happening, slowly noticing the cracks. I was quite sad when, due to events happening at the cult, she lost reason. She was broken. I won’t tell you what happened to her that caused it, but be warned that it was quite looks for the word, I will just use the Dutch word heftig.

The cult was quite interesting to read about, it was pretty much the same fare as many other cults I have read about. Charismatic leader, food restrictions, strange rules. But here it was a bit more. The younger kids had no names, had no identity, they were called Monkeys. They had shaven heads. Sexual relations were forbidden. Only the leader could have audiences with woman (yep, you can imagine what that meant :|).
Daddy (dear lord, that title). He was just so creepy and slimy. I didn’t like him from the start, I just knew that he was a bad guy, that he was doing things that no one should ever do.

Fox and Ruby? I just loved them together, even if I wasn’t such a big fan of Fox. Sorry, I just thought he was a bit too much, I understand that he has been in the cult all his life, he has no way of knowing what is happening outside, but still. For some reason he just got on my nerves. It was as if he was stuck at age 5 instead of being 18/19. But still, they were cute together, and I loved how Ruby helped him out, tried to teach him more things.

The ending, and that DANG twist? Oh man, I just didn’t expect that one to happen. Now that I look back though I guess I could have seen it coming, but I was just too engrossed in the book to notice. I definitely love that the author added this and how well they wrote it. double thumbs up I did feel sorry for Ruby, she tried so hard (though I have to say that at times I thought she would run back), but then this happens.

I have to say I was a bit pissed that she was so hesitant to go to police when she got out, or talk to anyone. She promised people. But again she goes back to her shell, again she runs away from it all. I get that the whole cult stuff broke her, did stuff to her, but still, it was just so much typical Ruby and I wanted to shake her around.

It was btw no surprise that all those things she ate all day were bad for her. I just worry about the kids and the adults, the one who have been there for so long. How much damage do they have? Can it be fixed? Or are they screwed?

Yep, this book was awesome. I just couldn’t stop reading, I would highly recommend it. Ruby may at times be a bit annoying, but she is still a brilliant character. While I am not too happy that she ran away to the cult, I can imagine why she did it. The darkness in her was too overwhelming.