A fiery welcome to the Blog Tour for Burning Bright, the newest book by Chris Cannon, and fifth in the Going Down in Flames series.

For today’s post I got information on the book/author, a guest post about the world of Going Down in Flames (which includes dragons!), and a giveaway (open INT).

Let’s get this tour started, shall we? 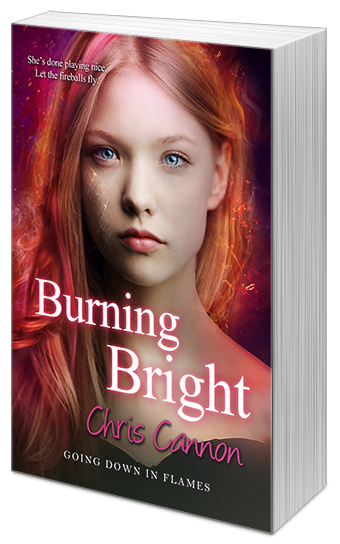 Bryn is back for her senior year at the Institute for Excellence, also known as shape-shifting dragon school. She isn’t sure which is scarier, the life-force sucking dragons stalking campus or the fact that she’s officially betrothed to Jaxon, a guy who will never love her. Not that she could ever love him, either… That’s just ridiculous.

Senior year should be fun. Her parents are alive, she’s finally fitting in, and she’s learning how to be a Medic. But what’s with Jaxon giving her strange looks? He runs hot and cold, and he doesn’t even have the excuse of being a hybrid fire-and-ice-breathing dragon like her. One minute they’re having a great time and the next, she wants to blast a fireball at his head. The marriage contract of doom looms over them–unless this match not made in heaven kindles a flame… 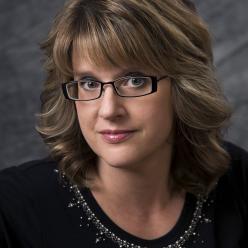 Chris Cannon is the award-winning author of the Going Down In Flames series and the Boyfriend Chronicles. She lives in Southern Illinois with her husband and several furry beasts. She believes coffee is the Elixir of Life. Most evenings after work, you can find her sucking down caffeine and writing fire-breathing paranormal adventures or romantic comedies. You can find her online at www.chriscannonauthor.com.

Guest Post: The world of … the Going Down In Flames series.

Burning Bright is the fifth book in the Going Down In Flames series. Bryn is forced to attend the Institute for Excellence aka shape-shifting dragon school where she’ll learn to control her new powers. When she’s not in school she’s visiting her grandparents, who live in the forest surrounding the school or going to a nearby town named Dragon’s Bluff.
The residents of Dragon’s Bluff are the descendants of knights bound by magic to the dragons. They carry a latent spell in their blood and vow to fight side by side with dragons if necessary.
Creating this world was so much fun. I loved making up the rules for dragons and dragon society. Since Bryn was new to the world, the reader discovers the magic alongside her. One of Bryn’s friend created the following primer to help her understand the different dragon clans.

Shape-shifting dragon society is old fashioned and patriarchal. They expect Bryn to sit down, shut up, and do as she’s told. Too bad she’s not that kind of girl.