Great weekend to all of my readers! Today was a fun day, I visited Library #1 again and also Library #2.

Normally I don’t go to Library #1 on Saturday, but my boyfriend had to check out some new bicycles and so we were close to one of the two Library #1 branches, and I knew they had some great books that I wanted (I also visited them last Thursday as the other branch is undergoing renovation and the Children’s department was closed this week, and I generally get kids books). So at first I waited with my boyfriend, but as the closing time closed in (that specific branch is only open until 1 pm), I decided to go myself. I found the one book I wanted, but when I went to choose between the other books I had my eye on, I found another book that was even better, so that one was the chosen one. Yep, I can only get 2 books at Library #1. 😐 It sucks, but that is how it is. Back to my boyfriend who was just done with the bicycle stuff, and then we went to Library #2!

I knew I had 11 reservations (one of them being a bit of a trouble due to their system having a brand-new bug) waiting for me at Library #2, so I could wander around and see if I can find 4 more books. Two I found at the new releases table, 1 at the comic shelves, 1 at the picture book part. Then it was time to grab my big pile of reservations, and it was such a lovely stack.

So tons of new books to read, and include in this the book my boyfriend bought for me (I already checked it out in another bookstore, but thought it was a bit expensive (17 euro), but he saw I really wanted it and just bought it, thanks sweetheart sends a kiss), I can’t wait to start reading. Squee!

Pictures for Library #1 books and that present will pop up on Twitter in a bit.

I also need to add a few more books to Goodreads, but those will have to wait as I already added enough today. 😛 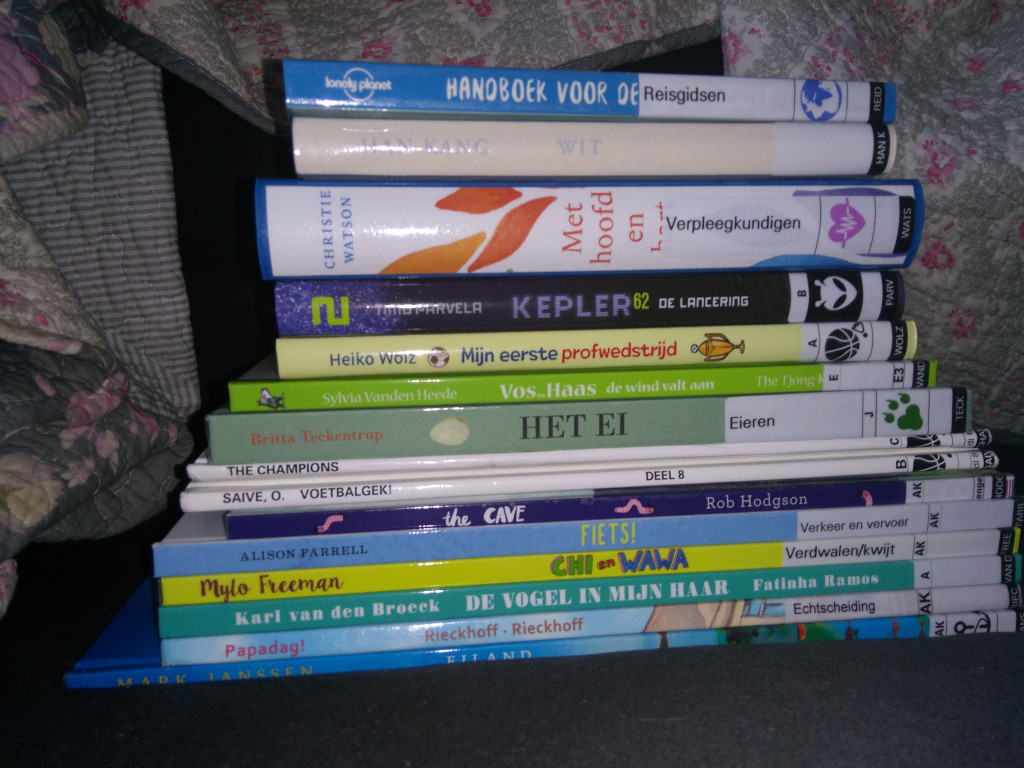