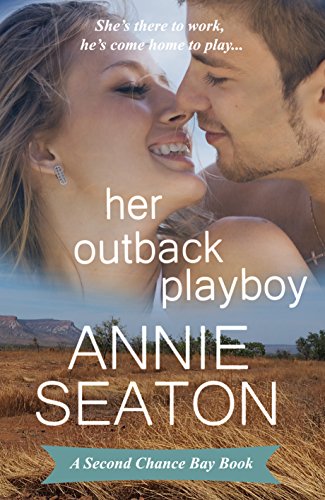 So I was definitely in love when I got the message on Twitter about this book. And then I checked the blurb and fell further in love. And after reading I can tell you that this was a very lovely book, though I didn’t like Jenni (well, not until near the end).

The book is written in dual POV, at the beginning it got a bit confusing as the POVs switched in the chapters (instead of every chapter being another character), but I quickly got into the flow and after that I had no trouble with reading.

I fell in love with Jake, he was just the best character and I loved how he worked so hard, but still wanted to make up with the demons from his past (thankfully one of the demons was dead). I loved that he wanted to try to make things better for his friends from the past, 3 brothers. He could have competed against them, he could have totally run them over with his way better company, but instead he is offering them some assistance and tactics and even offers to share stuff.
As the book continues we find out what happened 10-ish years ago, why did Jake leave, what happened to him afterwards, and what is the reason that he went back at this point (Jenni, of course, he still loves her).
He was also a fabulous captain, kind but still strict. Making sure that his crew and guests are happy and satisfied.
I felt so sad for him for what has happened in the past, why he had to leave, how he couldn’t be there for his mother, how he had to leave the girl of his dreams. At times I just wanted to hug him.

Jenni. Sorry, I never liked the girl. Or I should say, I liked her near the ending when she finally pulled her head out of her ass (even if it took someone else to let her know). She was just so mean and rude and I was incredibly surprised at that she would just believe her father. Come on, she wasn’t 12, she was 19 when he lied to her, and even before that he was a terrible father. Yet she believes him over the love of her life? What the actual hell girl? You know the things your dad did and is still doing. But oh yes, he is doing all that shit but lying? No he would never lie. rolls her eyes Throughout the book she is being the absolute worst towards Jake, a jerk, an ass. She can’t seem to get that maybe just maybe he had no choice but to leave the town, that he is innocent. But oh no, this girl she keeps finding faults in him at every point. Like how he has all these expensive ships she immediately assumes that he has done something bad instead of thinking that maybe he worked hard for it, or that he may have struck gold somewhere. At times I see another Jenni, one that would like to trust Jake, and is even friendly and kind towards him, but there was still an underlying distrust and dislike that I just didn’t like. It wasn’t until the end, the last pages, when she realises the truth (thanks to a certain someone). My Gosh, girl, please.
I do have to give her credit, she is hardworking and tries her best to make things work. With her teacher job, but also the hostess thing that she is looking to pursue.

And sure, a lot of this stuff could have been prevented if only Jake had told her the truth, but I can understand why he didn’t. He doesn’t want to taint her already weird rose-coloured image of her dad. Plus he is still very much hurt by what happened and what was said that day (and the days before that).

Matt was my favourite brother out of the 3. The other 2 were quite nice, but it seems, like Jenni, they quite believed what Dad has told them 10 years ago. Thankfully they later start to open up more, and also see the truth.

Jenni/Matt/the other two brothers Mom was just so awesome. I loved how she cared about Jake as if he was her own, how she tried to help him out. Awww, best mom award goes to this amazing lady!

I loved reading about the charters and what kind of stuff they did while on board. Fishing, going on trips, showing the wildlife, eating good food (I wouldn’t mind eating some stuff made by Tony). OK, I would never be able to, hell 20k (guessing this is Australian dollers, so it would be around 12k for me in euros) that is something I would love to have though I wouldn’t spend it on a charter then, but rather something for the future.

I had to get used to the Australian slang and also that this took place in Australia. I have read other books taking place in Australia, but none were so Australian as this one is. 😛 Hope I have written that correctly. At times I had to look up words to figure out what they meant.

Then there was the ending and I was definitely sniffling and feeling oh so happy.

All in all, this was a very wonderful, sweet book and I would highly recommend it to everyone.