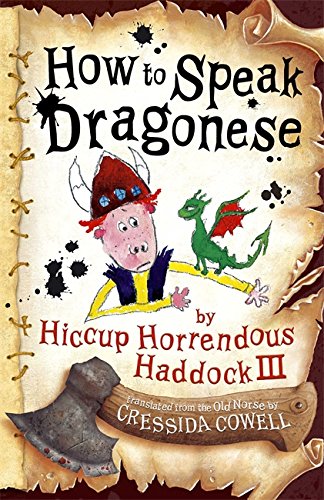 Romans, Dragons, battles, the return of a nasty someone, and more!

I am slowly making my way through this series. At first I wanted to read all the books in one go, but I decided against that and am now going slowly. I don’t want this series to end just yet.

I was frankly annoyed with the adults in this one. Well, again, I should say as I am continually wondering how in all that is holy these vikings still exist. I mean, hello, your son comes in, totally sad about a crappy day. Tells you his dear dragon has been kidnapped, he has all sorts of proof, instead you just ignore him and tell him to get over himself. If that is not the worst, when there is a letter coming in from the other vikings you go all ragey and into bloodfeud mode, while your son is trying to explain, calmly, what is actually going on. Then when Hiccup and his friend are kidnapped no one listens to them when they tell them these girls are clearly not girls and are Romans. Yet, no one believes them and instead they all go ragey. Really? Is Hiccup the only one with a freaking brain in this place? It just pissed me off and made me dislike the adults even further.

I found the fact that the Romans ate dragons just disgusting as hell. Also why eat them alive? Eww. No. Just no.

As soon as I came to the chapter about the identity of the thin prefect, I just knew instantly who it was. Sorry, it was just too obvious. Come on, who from the past 2 books could it be. There was only one dude that totally matched the description.

I loved that Hiccup can speak (and understand) Latin and French (and who knows what other languages). My, this will come in handy later on. People won’t expect a Viking to know something other than violence and shouting, and in the meantime Hiccup can just stand there and listen to their plans. 😛

Ah, and in this one we meet Camicazi. A girl I already met as my first meeting with this series was book 4. I was already wondering when we would meet this girl as in book 4 they already knew each other. I had a laugh at all she tried to escape (I guess it must be pretty traumatising to see that Fat Consul naked though).

The reunion between Toothless and Hiccup had me tearing up. I am not a big fan of Toothless, but this was just too sweet. I was so happy for both.

I felt sad for Hiccup, he kept hoping for his dad to come, but eventually decided to just go for his own plan. To get out himself and bring his friends with him. And boy, he sure had a terrific and awesome plan. I loved it. Typical Hiccup plan, and something that will definitely change the game plan for the Vikings if he ever gets to be chief.

The nanodragons were just too much fun. Such tiny creatures but oh so much fun.

The epilogue was just fantastic. It is definitely something that makes this book even more special + knowing that Hiccup will be a very old man is a plus point. I cannot wait to read more of his adventures, see him grow, and I want to see him become a great Viking.

Another book down, and I got a few more left before I have to buy new ones. 🙂 I would recommend this fun book to everyone.