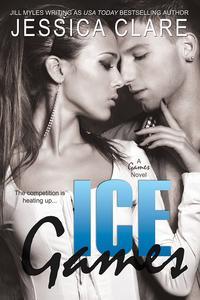 AHHHHH, this was just the best! It was over too soon though.

It is time for Dancing on Ice. Ice skaters are being matched up with celebrities. I know you are all excited, but these are quite small celebrities hoping that this show will bring them new deals.

I wasn’t sure how I felt about Zara being partnered with Ty. He seemed quite aggressive (and I didn’t trust him that much due to the nose eating incident), and also quite lazy. While she is working hard to make something out of this job, and training around the clock to get in best shape. I had quite a laugh at what happened between them that caused Ty to suddenly get to working. That is one way of getting a guy on the ice, I guess.

I loved Zara and Ty, and seeing them get closer and closer, see them banter (especially the banter, oh my), see the sparks fly? Squee, I just loved it, and I was rooting for them to just kiss already. We still have to wait before it happens, but then I was absolutely squealing. I could understand the decision they took then though. Sports x sex is just not the best decision, especially not before a competition. But later on I was delighted to see how they got even closer. I loved how sweet Ty was, especially since he is such a big man (in more than one way) and Zara is small.

I didn’t like the judges at all, or the choreographer. It really seemed that they all hated on our pair even with their fabulous (well, as soon as they dumped their choreographer) performances. Especially that one girl. Really, ever heard of keeping work and private separate? I get that you hate her, but this is a semi-professional show, and you better act like that.
That Jaws dance? I want to see that one in real life. Or that wedding one? Also a must-watch.

I did think it was a bit overkill that people dissed/hated/treated Zara like shit over something she did when she was a KID. Yes, she stepped off the ice during the Olympics, yes she flipped the bird. Yes, that wasn’t good. But she was 13 years old. She was a kid. Do we judge you for what you did in your teens? No. So why do you all judge a girl so badly that after 12 years she still can’t find a decent job, people still make fun of her, people still act crappy. Come on, why didn’t she get forgiven years ago. Why didn’t anyone just talk to her and let her try again?
Even during this book people treated her like crap. They never invited her to stuff, they made fun of her, the choreography and outfits were terrible, and I could go on. I just felt it was too much. It just didn’t make sense. People do much worse stuff and get forgiven, but it seems this girl blew up the world with how much people dislike/distrust her.

The ending? While, yes, I do agree that she was acting a bit dramatic about things, but I could imagine that she didn’t want to go back for two weeks to practice. After how shitty things went in the show, how she fell for a guy she shouldn’t fall for, and add to that her own work that really got a boost thanks to the short time she was in the show. Especially the latter one. Sorry dude, I get that you are pissed that she didn’t come, but hello, some people actually have to work to live and eat.
And I can imagine it must hurt that he may not have feelings while you have all the feels for the guy.

I did love the ending, and I was very happy for Zara, this is a fabulous chance for her. Congrats girl!

There are some sex scenes, and oh, boy they are pretty steamy and graphic. I do have to say I had a laugh at how it was “He put his cock against my sex.” Um, whut? It goes from sex to pussy to folds to sex again. Do you know what to name it already, and could you maybe stop calling it sex. As that sounds weird, I am having sex with my sex? Someone is having sex with my sex? No, just doesn’t sound good.

Bonus points to the fun confessions of Ty at the beginning of the chapters.

All in all, another fabulous book in the Games series. Recommended!