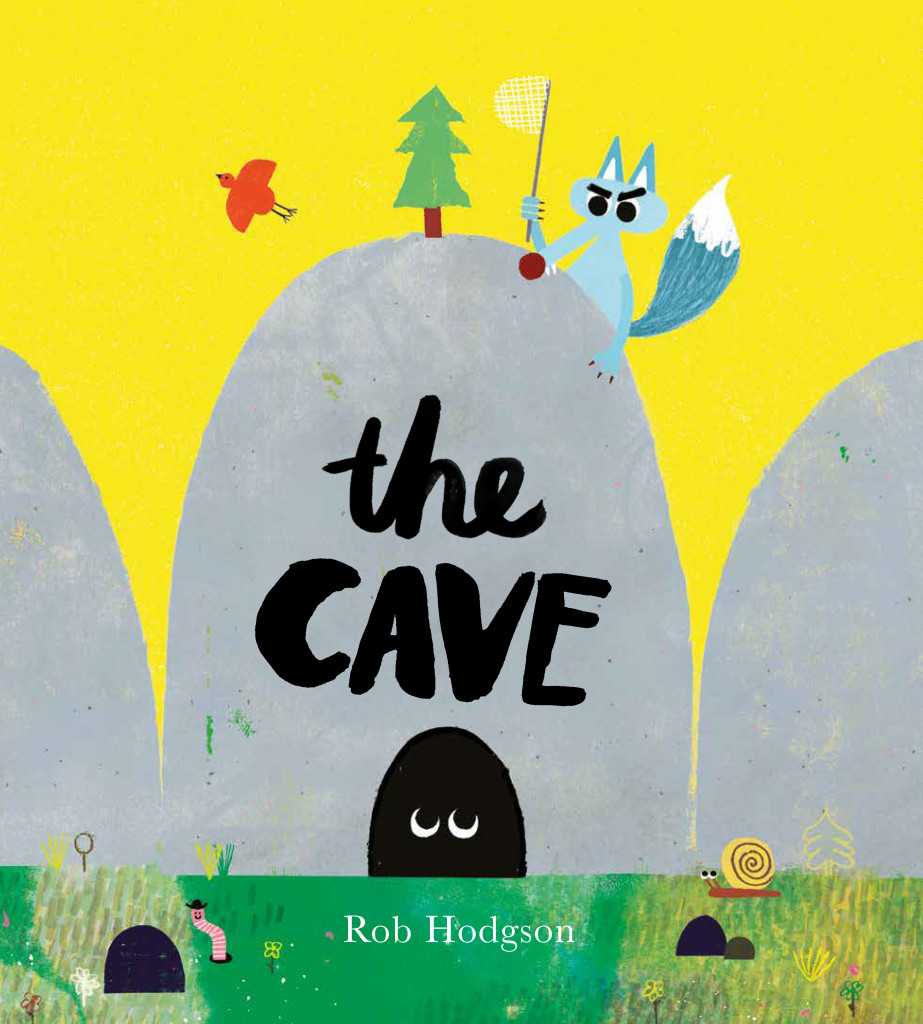 A hilarious book about a creature in a cave, a stalker wolf, and the surprise at the end.

I picked this one up mostly for the cover. I was just curious about why there was a wolf on the roof of a cave and one pair of eyes staring at the wolf from the cave.

Meet the creature in the cave, someone has a big interest in him… namely the wolf. The wolf tries everything to get the creature out of the cave, from holding a ball in front of him, to lovely flowers, to just talking. Of course the creature isn’t swayed, or at least not at first. I had such a laugh at what brought him out eventually. I would probably have done the same though, for all the other things I would pass, but how could one say no to that? It is just not possible.

I did think the wolf was a bit too creepy and a bit too stalkerish for me. Come on dude, the cave dweller is clearly not interested in you, just move along and find some other McDonalds snack to feast on. Shoo.

Then there is the twist, as for most of the book all we can see of the cave dweller is its eyes. I can tell you that I somewhat saw it coming. Maybe not in what the cave dweller actually was, but I had my suspicions on how this story would pan out if the cave creature would get out. I had 2 scenarios in my mind. Or no, three. One featuring a monster, one featuring a big animal, and one with a extremely small animal with huge glasses. 😛 Which one it will be? You will have to read the book yourself.

The art is pretty nice, I quite like the colours used in the book, but also that even if you see the cave all the time from the same-ish angle, it is constantly different. There is snow (and snowmen), then there is rain.

All in all, a book I would recommend to all looking for a funny book with a great twist! That ending! Haha.