Welcome to the Nerd Blast for TwoSpells, the debut book by Mark Morrison. A book about twins, magic, evil wizards, a war, and more! Did I mention treasure? And magic powers?

For today’s Nerd Blast I got information on the book/author, but also a giveaway (open INT). 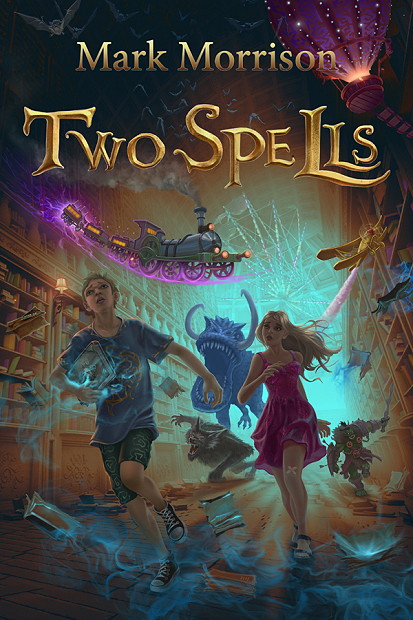 Sarah and her twin brother Jon are heirs to an ancient magical realm and its most valuable treasure, an enchanted library. The library endows readers with the supernatural means of crossing into the uncharted inner-sanctum of the second dimension, inhabited with peculiar and sometimes perilous creatures.

The children are emboldened with a wondrous mystical gift that no other being has ever possessed. But fate intervenes and triggers a disastrous inter-dimensional war that disrupts the fabric of time and space spanning multiple universes, tearing destiny a new and savage pathway.

The two must rescue their world from a phantom hybrid alien race controlled by a demented dark-wizard, Jeremy Sermack. They will either assimilate or be exterminated.

Will they be the saviors the prophets spoke of, or will they retreat to the perceived safety of their distant homeland?

Mark Morrison was born number seven of eight children in a small town in Ohio. His family moved to Florida where he grew up, met an incredible woman, got married and raised four fantastic children, three boys and a girl.
Many years later, an empty nest left him to his true calling, storytelling. His first remarkable story is about a heroine whose courage and unrestrained personality—like his daughter’s—breathes passion and fervor into this adrenaline-packed story.