Good morning all, ready to start off the week in a good way?

Today I tell you once again about the book and the author, but this time I also got a sweet excerpt!

Let’s get to Book Blitzing~ 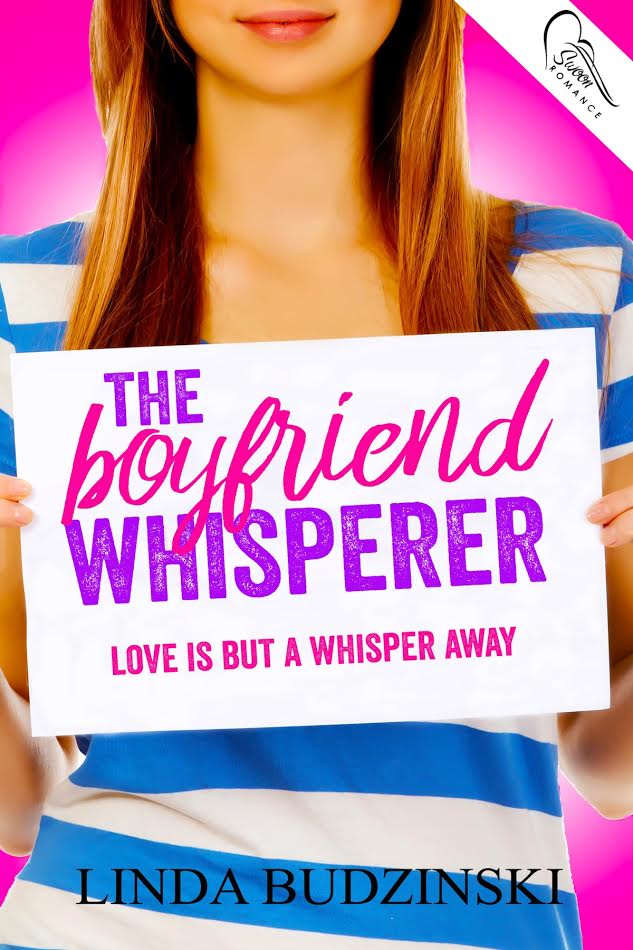 As President and CEO of Boyfriend Whisperer Enterprises, Lexi Malloy is Grand View High School’s undercover Cupid. One problem: She’s stuck in the friend zone when it comes to her own crush, Chris Broder. She and Chris have been best friends since the third grade, and he doesn’t even seem to realize she’s is a member of the opposite sex.

When pretty and popular cheerleader Lindsay LaRouche hires Lexi to whisper Chris, she has to decide whether to place her commitment to her company—and Chris’s happiness—before herself. 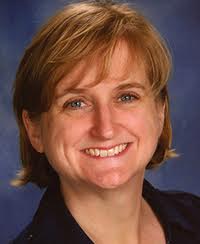 My young adult novels, EM & EM (2015) and THE FUNERAL SINGER (2013), were both published by Swoon Romance YA. My upcoming novel, THE BOYFRIEND WHISPERER, scheduled for publication in fall of 2016 by Swoon, received the Romance Writers of America Young Adult Chapter’s 2015 Rosemary Award and the Virginia Chapter’s 2015 Fool for Love Award.
I live in Northern Virginia with my husband, Joe, and our feisty chihuahua, Demitria (also known as Dee Dee, The Puppy, and Killer). I’m a sucker for romance and reality TV and have been known to turn off my phone’s ringer when watching “The Bachelor.”
My favorite flower is the daisy, my favorite food is chocolate, and my favorite song is “Amazing Grace.”
When I’m not writing, I work in nonprofit management. I’m represented by the amazing Andrea Somberg of Harvey Klinger Inc.

I follow Chris onto the stairwell, but he stops me halfway down. “Actually, I wanted to talk to you about something.”

“It’s about the other night, at the party.”

“I was wondering … I mean, it seemed like you and Jerod left early, so …”

He noticed when we left? Despite the throngs of friends and admirers? “So?”

“Did you go somewhere else? Or home? Or did you, I don’t know … drive around or whatever?”

“Or whatever?” Is it my imagination, or is Chris trying to figure out whether Jerod and I kissed … or whatever? “Would you care to define that?”

“Lexi, I’m not playing.” He takes a step toward me, his face serious. “I’m worried about you. I think this guy could be bad news.”

I gently push him away. “I assure you, Jerod has been a total gentleman.” It’s true. He never made a single move on me all night. If Jerod’s a player, he’s the lamest player ever. Either that, or maybe he’s like Chris. Maybe he doesn’t really see me as a girl. I push the thought away, bat my lashes at Chris, and pull my best Vivian Leigh imitation. “I do thank you for the concern, though, kind sir.”

Chris appears genuinely relieved. I’d love to imagine it’s because he’s jealous, but I know better. He’s playing the protective best friend. “Whoa. Wait a minute.” He leans toward me, a scowl crossing his face. “What’s this?” He touches the side of my neck, and my hand flies up to the spot.

Jerod and I never even kissed. No way could I have a hickey, but the suggestion that I might and the brush of Chris’s fingertips against my skin set my cheeks on fire. I push him away. “You’re crazy.”

His eyes sparkle, and he laughs. “Gotcha.” He taps at the tip of my nose, but he’s too slow for my superior reflexes, and I reach up and grab him. It truly is a reflex, and once I’m holding his hand, I’m not quite sure what to do with it. My brain is shouting, Let it go! Let it go! But my body is frozen.

Chris twines our fingers together until it’s hard to tell whose hand is doing the holding and whose is being held. When he speaks, his voice is soft and low. “Promise you’ll be careful, okay?

And you won’t do anything you don’t want to do. And you’ll call me if you ever need backup.”

I want to tell him not to worry, but he’s so close, and his hand feels so perfect in mine, I can’t speak. I open my mouth, but no sound comes out.

He leans toward me, his eyes searching mine for … what? I know Chris better than anyone else on earth and can read his every expression, but he’s never looked at me like this before. My heart races and I tilt my head back slightly, and I swear his eyes focus on my lips. Is he going to kiss me?