For today’s post I got information on the book and the author, but also a giveaway (you can win the book)!

So, before we start, I want to wish the author a very merry Book Birthday, hopefully it is a fantastic and glittery day. 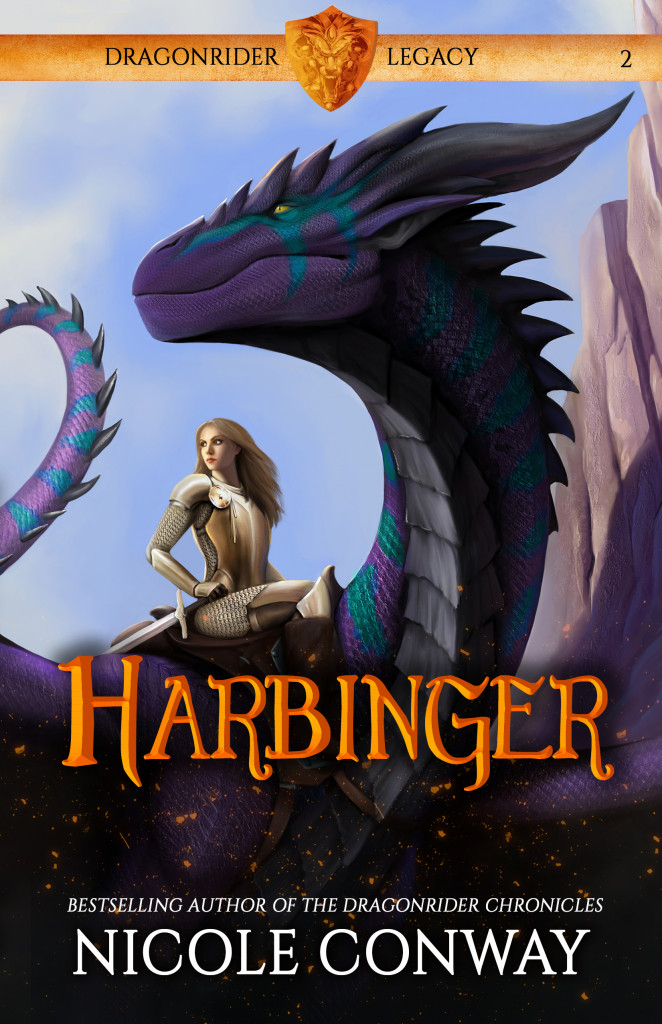 Victory is written in the blood of the brave. As the armies of the Tibran Empire continue to march across Maldobar, a path of scorched destruction and despair is left in their wake. Even with the formidable princess, Jenna Farrow, leading the charge, the strength of the dragonriders is waning. Tibran victory appears inevitable—especially after Princess Jenna and Prince Aubren are taken hostage by the infamous Lord Argonox. Separated from her brother and tortured for information, Princess Jenna refuses to bend to the iron will of Argonox. But her strength and resolve may only last so long. Held prisoner in his dark tower, it would take a miracle to set her free—or perhaps a pair of demigods and their dragons. With revived dragonrider legend, Jaevid Broadfeather, at his side, Reigh must now make a choice: face the truth about the origin of his dark powers, or turn his back on world in need. But throwing off a lifetime of shame and self-doubt is not so easily done—especially when the cost of failure means the destruction of the world. The long-awaited hero has awakened. The ancient spirits are stirring. The dark goddess has chosen her champion. But is he ready to embrace that rite and become the HARBINGER Maldobar needs him to be?