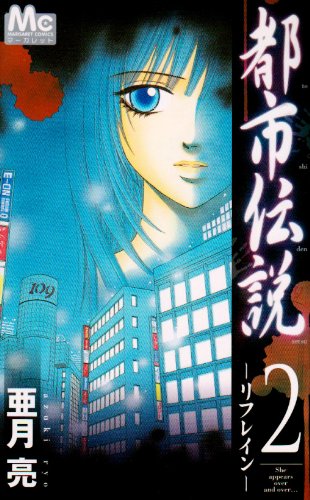 New urban legends! Lots of horror! And some gore!

There are 4 spooky stories in here, 4 urban legends. I will write a short review for each of them + give them a rating.

OMG, this one was not only horrific, gruesome, but also so very sad. It broke my heart. It all starts with a fun karaoke session, or a social networking event. Cute girls, hot boys, a chance for a nice date. But there is more to it when a strange girl appears rolling in a suitcase. She states that she is the best friend of the girl who was supposed to be there and she is here because the friend can’t make it.
The karaoke session is filled with urban legends, which I loved reading.
The girl gets recognised by one of the boys, but she is dodging the subject. Who is she? Is she the classmate of that boy, the girl who disappeared so many years ago?
When the truth came out things went from OMG to OMFG what the hell? It is one big icky spiderweb of a mess. My heart broke for our MC, what happened to her, and the deal she had to make. <spoiler> She became that which had hurt her in the first place, but she got her freedom… well in a way I guess. I do hope that one day she is able to get her true freedom though. </spoiler>
The ending, ehhhh, um um um… wow?

Mostly rated this one lower due to the age of the character and how she flirted around with all the guys, it just didn’t sit right with me. Sorry, but I just don’t feel comfortable with a girl in elementary (even if she was in the last year of it) doing that.
But it was quite interesting to see how the story developed, and to see her part in it all. I guess I could have seen things coming, but for some reason I didn’t until it was actually said in the story. I was just so deep into it.
The headless rider and the true story behind it broke my heart. Yes, this story was creepy, but it also made me cry.
I did like the boy, though I do hope he is going to wait a bit before he initiates any further contact. Hello, she is a kid. I did like that he immediately could tell her age and also told her numerous times to go home, do homework, and be a good kid. 😛

Oh my gosh, my favourite story. This was just brilliant and tells us about a guy who is haunted by the gap woman. A woman who is found between gaps. Any gap, doesn’t matter how big or small, she will be there.
It was pretty scary and horrific to see that woman appear everywhere, even outside of the apartment. Always hunting after the girlfriends of the guy, including the newest one, our MC. She is totally head over heels with the guy, but after a visit to his home gets terrified of him and as the creepiness continues she isn’t too happy to see him, even gets terrified of him, for good reason. Hello, creepy lady eating up all the girls…. Bit possessive no?
I did feel sorry for the guy, well, until the last moment when he called that person and said that. Sorry, but no. I think I will just feel sorry for the girls.

A bit reminiscent of another story from another manga that I read yesterday. My heart broke for the girl, yes, she was <spoiler> a stalker and clearly didn’t get the word no, but for her to drown, for her to lose her life because he didn’t help her, didn’t call for an ambulance immediately, and him faking a memory loss, just went too far for me. Boy, I get that she was annoying, but really, this is not the way to treat someone. I do wonder if it was really an accident as he said, or if there was more to it.</spoiler>
We see her walk through life without her precious senpai, meet various supernatural beings, and then slowly figure out the truth behind the accident.
The ending? TERRIFIC! Whoop!

4 spooky stories, I really need to continue with this manga because it is awesome. It is creepy, spooky, at times sad, sometimes gruesome. It is right up my alley in what I want to read at the moment.