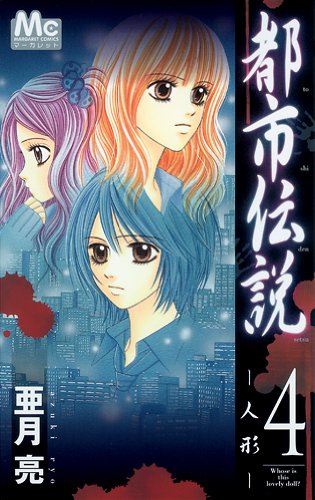 Good, maybe I shouldn’t be reading this at 1.15 am (reading this before my vacation), but eh, if I can’t sleep, let’s just make it worse I guess.

I have written a short review per story + given them a rating.

This one, well the last part then, has elements of that Mary urban legend. How to explain, if you throw away a doll, or aren’t caring for it well, there is an urban legend that the doll will come for you. She will call you, and in this case with a cellphone, even send you pictures of where she is. And that she is getting closer. Closer. Closer. BOOOM, she is in your room. I quite like that it was added to this story, it was the perfect way to end an already creepy story.

I knew straightaway what had happened so many years. As soon as that other girl got a much better doll than our MC, I knew. It was an accident, but the girl could have been saved. Instead…. I just felt so sorry for Koyuki. And not just her, but also her family. I guess they can finally rest now they know.

The ending was super creepy, then again, this manga already gave me goosebumps plenty due to the doll theme. Yep, creepy dolls, and especially the dolls those kids had. With huge, almost real eyes. Koyuki’s doll was even creepier as it could change its eye colour. Nope. Nope. F Nope. runs away screaming

Ah yes, a horror story about a TV and a death list. This reminds me of the time I was pretty much terrified of my tv due to watching Ringu. I know I even covered my tv for a while or turned it away from me (back when I still lived in a one room apartment, though also later in a slightly bigger apartment when I had to pass the TV to go to the toilet at night). This was so not a good story for me. Especially at this time of the night.

Oh nice! Finally, a story that is a continuation. Or sort of. We see Tomomi, the best friend of Erika, the girl who was the MC in the previous story. How fun!

I did think it was mean of Takashi to be so mean to that girl. He was just joking, but the girl was clearly uncomfortable about it, and scared. It is just not cool.

The death list? Creepy! I did like that she was so protective of the guy though, even though he teased her a lot, she cares about him.

I am not too sure how I felt about the guys and how they treated Miina. Yes, she seemed a bit simple, but do they really need to mention it all the time? And even treat her differently?

The twist at the end? Oh man, that just plainly sucks.  Not because of the twist, that one was good, but because of the character and I was pissed at that person. For doing that.

The ending itself? OMG. Well I guess the death list works a bit like Final Destination then.

And it continues. This one features a new MC, a girl we already seen in the previous story, Tomomi. But we also see previous MC girl, Miina. Whoop!

I guess it is pretty creepy now for the characters, Erika and Takashi are missing. We as the reader know what happened, but the ones in the manga don’t. I can just imagine how scared they are.

Again, some romance, I did feel sorry that the girl got bullied a bit because her senpai showed an interest in her. Come on, people. Grow up.

Ah, they are a group of friends even, I thought they were just close due to being classmates, but we see Tomomi with a picture on her phone features herself, Yuuji, Miina, Takashi, and Erika.

The legend this time is not a doll, or a tv’s death list, it is telephone booth (who still remembers those?). It is apparently something that helps with crushes and relationships, however, you shouldn’t look behind you when pick up the phone! Dum dum dum!

The ending was a disappointment. Did she ever confess? What about the telephone booth? We find out some more about it, but with the one sole exception of our girl getting trapped nothing really happens. It feels rushed, and after 2 fantastic stories I had expected more of a haunted and murderous telephone booth.

I could understand our MC in this one. I would also be pissed if my boyfriend didn’t give me any attention for weeks because he is working on a piece of art. Sure, I understand that it is needed, and I would encourage him, but can’t he take a few days here and there to have some fun? I found it heartless that he was threatening with breaking up if she did sneak a peek. You know, that is just asking for her to sneak a peek.

The girl isn’t lucky, seeing two people fall to their deaths in such a short span.

Plus, her boyfriend is just mean to tell her that story about the boat and the 3 people needed to move. Yeah, creep her out some more will you?

It got really creepy at points, and I am certain I will not sleep any tonight. RIP my sleep. grins

But her boyfriend did something supersweet for her and I was just awwing, he did that for her? Awww. swoons

Though that last scene? I just couldn’t help but laugh. Sorry! But it just looked so hilarious.

—–
Welp, this is the last volume for me. I cannot find them any further than this, so I guess I can only hope that one day I can read the rest as this series is just TOO GOOD! And I need more!

Oh, and I want to say that I really liked that the stories were connected, or at least the first three were.