A S’more-tastic welcome to the Blog Tour for Love You S’More, the newest S’More book by Beth Merlin! I am delighted I can be part of the blog tour!

For today’s post I will tell you all about the author and her book, I also got an excerpt, and lastly you can participate in the giveaway!

Are you ready for S’more? 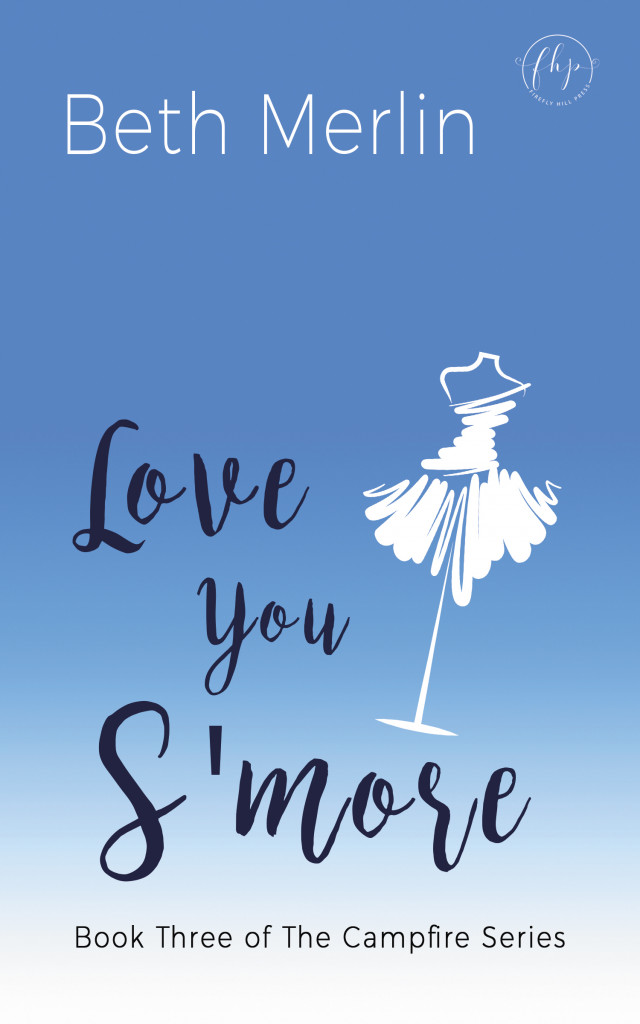 Having successfully designed the wedding gown of the century, Gigi Goldstein is on top of the world – that is until it all suddenly comes crashing down around her. When the paparazzi captures her and Perry Gillman in a compromising moment the night of the royal wedding, she finds herself entangled in a scandal of global proportion. Convinced her carelessness has ruined every relationship in her life, she’s surprised and moved by her boyfriend, Gideon’s, sudden proposal of marriage and accepts it without a second thought.

Four months later, Gigi’s living at Badgley Hall contemplating an entirely new kind of life, while guilt, regret, and obligation keep calling her back to her old one. Will Gigi stay in South Gloucestershire, marry Gideon, and become the Countess of Harronsby?

Or, will unfinished opportunities and an old flame bring her back across the pond to confront her past and reclaim her future?

Buy the book here: Amazon ||| B&N
About the author:

Beth Merlin has a BA from The George Washington University where she minored in Creative Writing and a JD from New York Law School. She’s a native New Yorker who loves anything Broadway, rom-coms, her daughter Hadley, and a good maxi dress. She was introduced to her husband through a friend she met at sleepaway camp and considers the eight summers she spent there to be some of the most formative of her life. One S’more Summer is Beth’s debut novel.

When I got to the doorway, I could hear Gideon having a full-blown argument with his mother.

“Christ, Mum, you didn’t think you should tell me you invited the Ellicotts for the weekend?”

“If Gigi is really as innocent in all this as you believe her to be, why should it make any difference?” Gideon’s mother asked, her voice firm with conviction.

“Because their presence is going to make my fiancée incredibly uncomfortable.”

“I suppose I should be grateful she’s still just your fiancée and not your wife. That’s something,” Amelia mumbled.

“Mother, we set a date. We’re getting married this July. Georgica will be my wife and the future Countess of Harronsby.”

“There’s more to the title than just signing your name in an official register, Gideon. Look around this house. There’s over five hundred years of history, our family’s history.”

“You think I don’t know that? I’ve dedicated the rest of my life to preserving that history.”

“Has she? Does she really understand what she’s signing up for?”

“She isn’t designing. She gave up her business. She seems content enough teaching and running the shop.”

“For now. Be careful, Gideon. Maybe you’re right and she didn’t sleep with Perry Gillman that night, but she certainly concealed their past from everyone that mattered. A woman who does that is certainly capable of concealing her true feelings.”

“She didn’t conceal it from me. I knew about her and Perry all along,” he admitted.

“Then you are more of a fool than I thought.”

“I have to go find some sort of accommodations for the Ellicotts and try to salvage this weekend, which, let me remind you, may mean the difference between us keeping Badgley Hall or seeing it sold to the highest bidder. Now, if you’ll excuse me.”