A howls to the moon welcome to the Cover Reveal for the newest Hair in all the Wrong Places book by Andrew Buckley.

Of course, I will be revealing the cover, but you can also read about the book (it comes out on October 30th (perfect for Halloween)), add it to Goodreads, and find out details on the author. Oh, and let’s not forget that fun giveaway!

There is just so much hair! 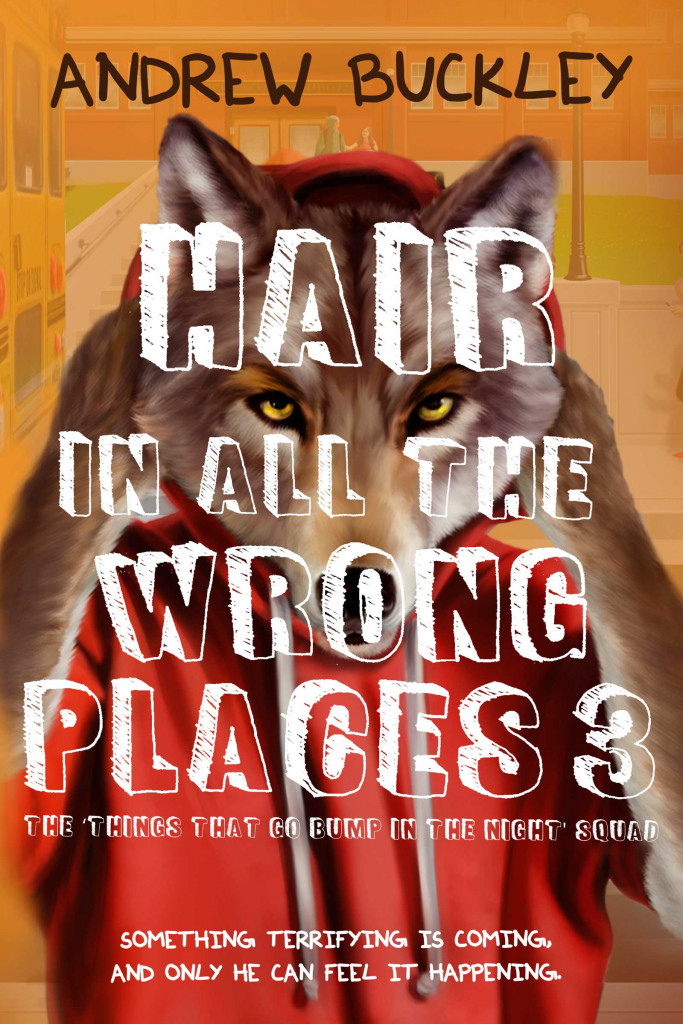 A menacing shadow looms over Elkwood, as a dark and sinister evil creeps into town. Only Colin Strauss can feel it happening. He is a werewolf, after all.

A routine Night Watch mission ends with Colin rescuing a mysterious girl from monster hunters, causing shock waves threatening to rock the town of Elkwood to its very foundations. Just when Colin thinks things can’t get any worse, he starts having girl problems.

If anyone is up to the task, it’s Colin. In the past year, he’s faced an evil biology teacher, defeated a power-hungry wizard, and united a group of unlikely creatures and freaks to defend their home.

Can Colin defeat the growing evil, evade ancient monster hunters, and not mess things up with his sort-of girlfriend?

Having hair in all the wrong places is fast becoming the least of Colin’s problems . . .