I could use some new books + some distraction from stuff happening tomorrow, so I decided to hop by Library #4 for some new books.

Remember previous week’s haul? How disappointed I was? Well, this week is totally different, I am delighted! I found 5 new books, well, I found 2 of them, and had to be difficult for the other 3. The standard reason, the books are listed in the catalogue, but aren’t in the library as one of the librarians wants to check them out first. Which I can understand, but really, don’t put them in the catalogue then, now I just feel kind of bad having to ask for those new books. 🙁

Back to library stuff, after wandering around I found 2 more books.

Oh, and I had such a laugh. They have some interactive reading console thingie, but the story really makes your IQ points just flee away. I heard some brilliant stuff that made me laugh (Including, translated from Dutch: “A big owl isn’t a little owl.”. I know, it is meant for kids, but even the 3/4 year old sitting (or actually standing) behind the thing was getting frustrated that it wouldn’t listen to her, and I even overheard her shout: “Nooooo, that is a frog.” in a tone of “What do you think I am, stupid?”. 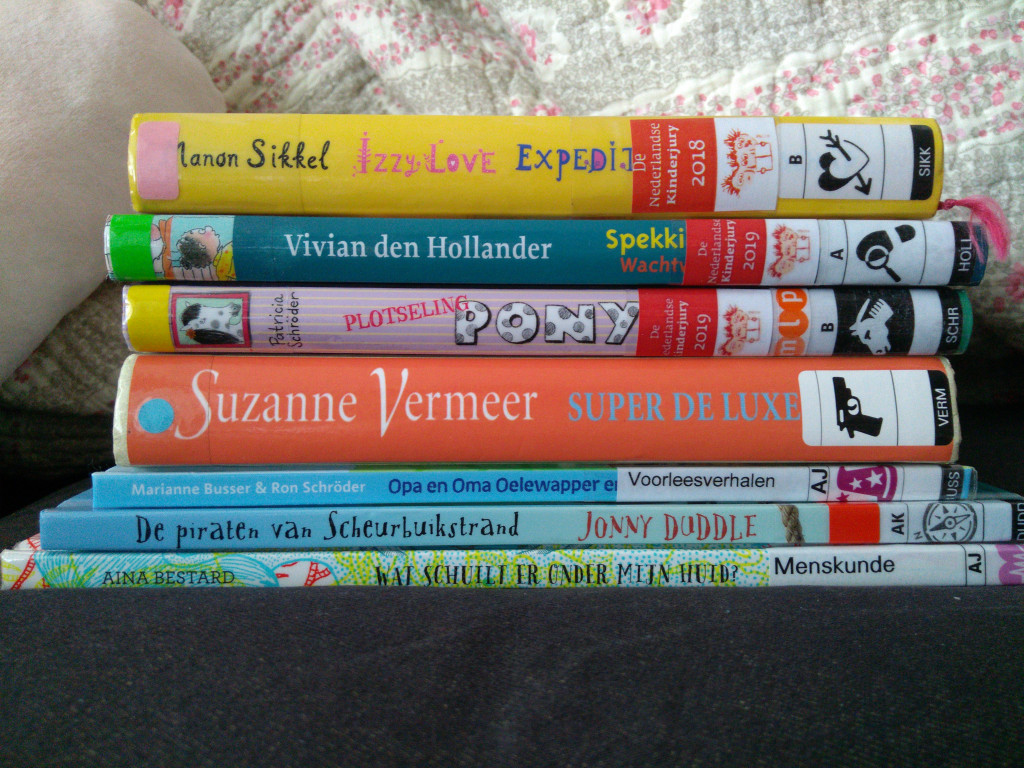