Morning all, and welcome to the Shadow House!

For today’s Nerd Blast I got information on the book/author, , and a giveaway!

Let’s get this Nerd Blast started. Are you ready for the Shadow House? 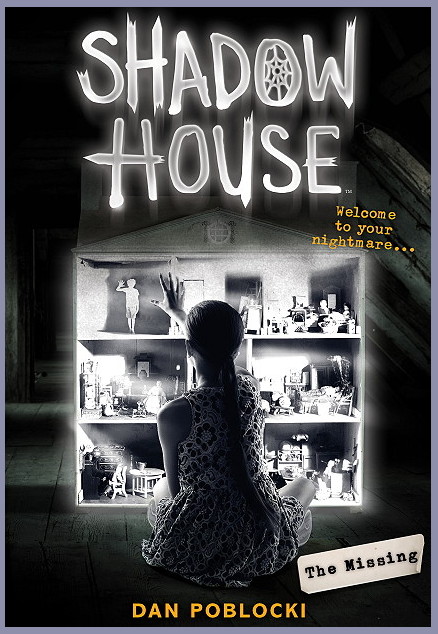 Shadow House never sleeps . . .
Five children have been lured into Shadow House, all for different reasons. None of them knows the others. And none of them knows what to do when they can’t find a way back out.
But something is different inside the house. Someone — or something — is there with them, and seems to know more than they do. Only how are the kids supposed to decide if that someone is trying to help them . . . or trap them there forever?
Step into Shadow House.

Dan Poblocki is an American author of mystery and horror novels for young people. He was born in Providence, Rhode Island. During his pre-teen years, his family moved to Basking Ridge, New Jersey. His books have been translated into French, Greek, and Polish. Dan currently lives in Kingston, NY with two scaredy cats.
Dan graduated from Syracuse University with a degree in theater. Subsequently, he toured the United States playing ultra-challenging roles such as Ichabod Crane in The Legend of Sleepy Hollow and the Shoemaker in The Shoemaker and the Elves to packed houses filled with literally thousands of screaming children. (He hopes they weren’t screaming in fear.)
Dan ended his promising acting career to focus on other endeavors. While exploring various artistic options, he held a number of jobs in New York City including: a floral groomer, an audience-wrangler for a popular game show, a computer analyst, a chemotherapy-unit assistant, and a traveling bathing suit sales-dude.
That’s right. A traveling bathing suit sales-dude.
Dan now writes full time. He’s probably working on something new this very minute!