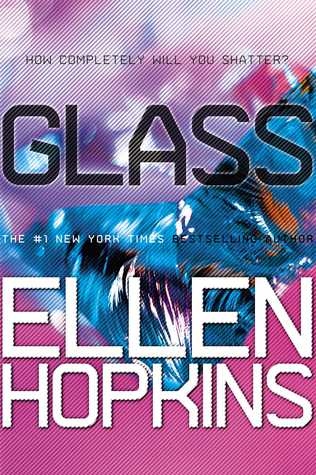 We return to Kristina, to the monster, to a heartbreaking account of Kristina’s life.

Once again we follow Kristina/Bree as she battles, tries to resist, falls again, fades away with the monster. Unlike the previous book though, I was pretty much out of sympathy for this girl. There were several times I just wanted to shake this girl for the stupid things she did.

It seems like she was doing so well in the beginning of the book. She is off the monster, she is having a happy baby, she seems to have a pretty OK life. But apparently the monster calls hard, calls her fast, and as the days go by we see her being lured back to it. First a few bits here and there, but later on she uses all the time. It was heartbreaking that she went back, but I also found it stupid that she thought she could just casually take the monster. She should know. She should know that if she went back to the mercy of the monster that she wouldn’t be able to stop. sighs I guess that is addiction for you. You just cannot escape it.

I am also not sure about Kristina’s parents. Why didn’t they help her out? Why didn’t they search her room? Why didn’t they get her the help she so needs? Come on, you should have seen the signs that your daughter is back to a downward spiral of doom. She is losing weight, she is stuttering (though we, the reader, don’t see that, but we do hear about it), you can see her pupils, you must smell it. Yet, it seems to me that they just pretended everything was OK, until one day it all went wrong. I shouldn’t judge, I know that. But I just can’t help it. I keep wondering what would have happened if the parents had done something other than get angry at her.

And I guess from that moment I knew that Kristina was screwed, well, even more screwed than she already was. At times we see that Kristina realises this, and that she does try her best to live a normal life (get a job/get a GED), but addiction is dragging her under every time things seem to look up.

I felt sorry for Hunter, such a sweet kid, he deserves a better mom. Then again, maybe Kristina could have been a good mom if she wasn’t in such deep poop, and I guess it also didn’t help she got him so young. She just wasn’t ready for all the responsibility.

We also see Robyn again, and my heart broke for this girl. To end up there, to be so broken.

I wasn’t sure how I felt about Trey. At times he seemed like he genuinely cared about Kristina, but at other times I just didn’t see the love. It seemed like he was just playing around.

I also didn’t like Brad that much. He was sweet and caring, but I just don’t like a guy who looks at another’s girlfriend and even goes to do that.

Of course, as the ending of the book got closer and closer, I just had a feeling how this one would end. Now, I won’t spoil anything, but my feeling was right.

I am still not a fan of verse/poetry, but for some reason it works with this book. I really couldn’t stop reading.

All in all, even though I wanted to throw Kristina in a fiery pool of lava at times, it was a good book.