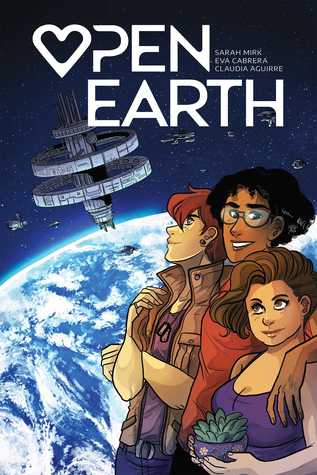 Oh Good Grief. I want to go back to the past and tell myself NOT TO FREAKING get this book. If I had known, if only I had known. URghhhh.

So I liked the idea of the book, the cover looked cute, and oh, yes, I didn’t see the Erotica genre, otherwise I would most definitely skipped this one. Though OK, maybe I would have tried it, sure, I confess. But if I had known it was sex in this way? No fucking thank you.

What my problem was with this book? The fact everyone fucks everyone. Really, everyone, fucks, everyone. At one point our MC and one of her boys had a rendezvous in a closet (yes, while they were at work), and apparently after hot and steamy sex decided to chill a bit, they got discovered by one of their friends, who didn’t even blink his eye at what he saw before him. Oh no, he was just calling them cute, and then proceeds to say some sexy things to his boy, yes the same one that the girl just had sex with. Ummmmmmm. What the hell? Like really, what the hell?

Oh, and during that conversation the boy mentioned that his depto was having room, and so even when she was having sex with another guy (yes, again, and this time with zero gravity because that is such a turn on????????????????) she is thinking about that guy, and then proceeds to run into her friends room, who is having sex with a girl who doesn’t care that people just barge in. Like what the actual hell is wrong with these kids. I am all for exploring and being happy with sex, but this is just an orgy, just not in one go. Eww. Just eww. No. Just no. How can you even be casual friends if you all have sex with each other. I am not sure about you, but if I had sex with all my friends I would feel very very awkward about it. Plus maybe a bit jealous that my boy #1 has sex with a best friend of mine. Or boy #2, or girl #4. Well you get the idea.

Plus I am kind of confused how there are people who are (slightly) chubby. NO, don’t take that the wrong way. Really, don’t! But it is just with the food they eat, or actually the engineered stuff they eat, and how well controlled that is in portions, how do you get fat? Plus they all work hard, and with all the sex (and that burns a fair share of calories) I am just so confused. Really, I am. What is in that engineered stuff? Or do they have snacks and other things that they eat, though I didn’t see those anywhere.

I did like the whole backstory why the characters are now in space. Oh boy, that is quite sad. I hope that one day they will be able to go back to Earth. Maybe it is much healthier now, maybe people are still alive.

The art is also one of my favourites, and the sex scenes are done pretty classy and nice.

But I wouldn’t recommend this book at all. No. Just no.