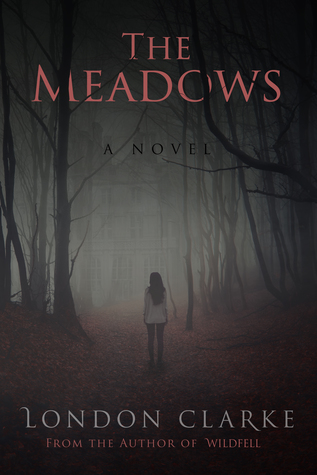 Welp, I was really curious about this book. It is almost Halloween so I was eager to read a book with horror and haunting and all that stuff. Plus I was curious about the MC and her trying to pick up her life.

Sadly, at 46% (though I should say I read 50% of the book as I skipped to the ending) I just had to drop it. Urgh, the horror was great, it was creepy, it amazing. Sadly, I am dropping this book as the MC was just worthless.

She is just terrible. I was all excited to see such a strong character who has big plans (and tons of money apparently) and who is working hard to get her life on the tracks. And at first she does all that, and I just loved her plans for that old (and falling apart) place. She was definitely dedicated to making it a place worth visiting. Hiring all sorts of people to help her out, making sure to rise and shine early. From that point, it was fabulous, and I was eager to read more. But then, another person appears. Scarlett’s best friend, Stella. And from that point all the things went wrong. Really, her friend just got there and already they went out, and drinking. Yep. Drinking. The one thing she cannot do. The one thing she is forbidden. Yet she thinks she can just drink without a care. And you may guess what is happening now. Yep, this girl goes loose. And she keeps telling herself it is not bad, and oh hey, at least I am not using drugs. Right? But sadly, from this moment on she keeps drinking, and drinking, and drinking, and more drinking. And instead of calling for help, or having her friends help her. Her friends just enable her. Oh hey, I have some ouzo. Oh, hey we can drink a bit? Right? Oh you’re such a bad influence (says the one enabling her friend to drink while they all know she shouldn’t). I just got so frustrated at this. Yes, I get that it is hard to stay clean and sober and all that, but this was just ridiculous. She has been clean for months, and now she is with her friends again she is drinking left and right, even during the day.
Plus, I just got a bit tired of her attitude of not doing a thing and leaving it all to other people. I get that a ton of the work cannot be done by a newbie, but I would have loved to see her do a bit more of helping around the house.
And, she is supposedly a writer/singer, yet we only see her do something with it once or twice, the rest of the time we are just supposed to believe she is fantastic.
I could also probably go on about it, but I just want to forget this girl.

I had a few laughs at some of the things happening. Like the almost same conversation in just mere pages. Or the fact that Ryan apparently doesn’t know about microphones/hearing stuff in helmets, which are a very normal thing, my fiance and I have this when we ride. This way we can chat normally. Or that Scarlett just blindly believes that Ryan would have brought her to a stinky, dead pool to have sex with her or whatever, and then is confused and offended when, the next day, he doesn’t tell her anything. Or how Mia and Ryan are OK with the chaos but then are confused when their room is truly basic.

Not to mention all the horror stupidity. Yup. There is tons and tons of it. It oozes out of the book.

All in all, if the MC was better, I may even have finished the book. Because, as I said, the horror was definitely well written and I was very curious about the who’s and the what’s. There were tons of creepy moments that had me shivering or looking around when I heard something in my house.