Welcome to the Release Day Celebration for Chris Ledbetter’s newest book: The High Court! You may recognise this book, I also participated in the cover reveal in July.

For this post I got information on book/author, but you can also participate in a giveaway.

Before we start I want to congratulate the author on their book coming out, and I wish them a wonderful day! 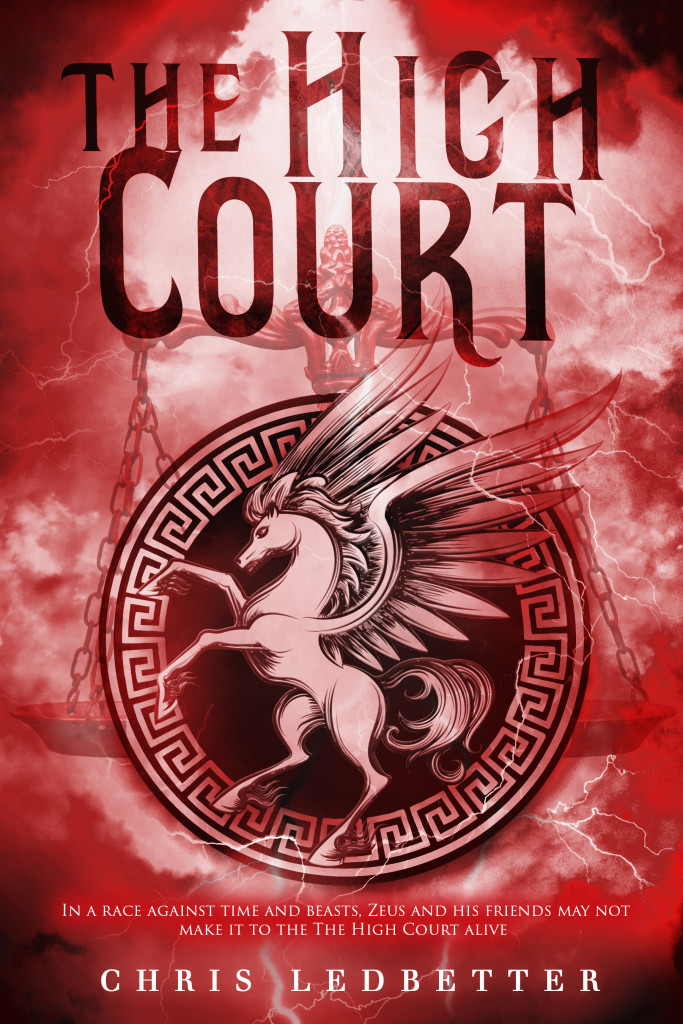 High atop Mount Olympus, dawn breaks on a new academic term. Normalcy has returned to campus following a harrowing expedition into The Underworld to rescue kidnapped students by Zeus and his fellow Olympians. Now, as they prepare to testify in The High Court, Hyperion will be tried for the attack on Crete and death of Anytos. Kronos will stand trial for the murder of Mount Olympus Prep’s Headmaster Ouranos.

As the trials draw near, Mount Olympus Prep students and faculty are besieged repeatedly by a race of gargantuan stone and earth giants. Under heavy assault, the Olympians are forced to flee to the volcanic island of Limnos to regroup.
Meanwhile, a toxic poison Zeus has carried with him since a prior fight with a dragoness, creeps toward his brain.

In a race against time and beasts, Zeus and his friends must find a way to survive not only the toxin ravaging Zeus’ body, but also the giants who grow stronger after every attack, and somehow make it to the The High Court alive.

Chris Ledbetter grew up in Durham, NC before moving to Charlottesville, VA in 11th grade. After high school, he attended Hampton University where he promptly “walked-on” to the best drum line in the conference without any prior percussion experience. He carried the bass drum for four years, something his back is not very happy about now.
After a change of heart and major, he enrolled in Old Dominion University and earned his degree in Business Administration. He’s worked in various managerial and marketing capacities throughout his life. He taught high school for six years in Culpeper, VA, and also coached football.
He has walked the streets of Los Angeles and New York City, waded in the waters of the Atlantic and Pacific oceans, and climbed Diamond Head crater on Hawaii and rang in the New Year in Tokyo, Japan. But he dreams of one day visiting Greece and Italy.