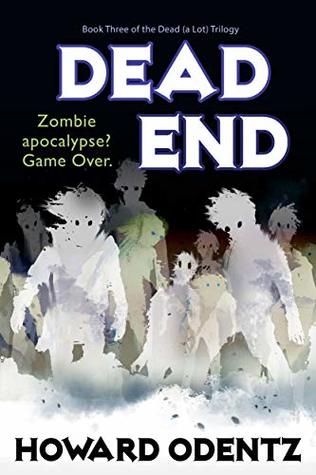 OMG, I was absolutely fangirling when I spotted this book on Netgalley. Was this the third, and final, book? Would it be finally there? What kind of ending to this series would it bring? What about the immunity thing? Would they find more people with it, what about those who didn’t have immunity, is there a cure for them?

Plus, it has been 2 years, would I be able to read it without a hitch? I tried the other books, but found I could remember quite a few things, so I decided to just take the step and head into the third book. Very quickly, just after a few pages, it was as if I had never left. The world totally took me back, back to Necropoxy, to Tripp and Trina. To Diana’s plans.

The book starts were we left our group, at the Walmart, just after all the crap happened in the previous book. Tripp and his friends are on for a new mission, one I definitely wasn’t approving of, but I could imagine they would go for it. They want to find Diana and tell her to stop hunting them, she has found the cure. But as the kids go on a trip to find Diana, and to keep the adults safe, they find out more than they may ever want to know.

Something we also saw in the previous book, and is even more highlighted in this book, I would say it is one of the main themes. Diana wants to make a perfect world. If you are fat? Asian/African/anything not white? Gay? Handicapped (Mentally or physically)? Old? You are out, you are nothing to her. It was quite saddening to see our characters find that out, to see that while Tripp and Trina would be good for that world, all their friends wouldn’t. All the people they love wouldn’t. It is just so painful. And it must have hurt so much when those not-good-for-Diana found out. That they were just left for dead. Which made me dislike Diana even more than I already did. She was already a horrible person, a villain, but with this? That woman has no conscience.

Something I will put under spoiler tags.

There is also tons of romance, between Jimmy and Trina, between Prianka and Tripp. I have to say my favourite coupling is still Prianka and Tripp. Mostly because I still can’t totally stand Jimmy all the time. I just loved how these two got closer, and during one moment Tripp realised something very important, which made me so happy.

I also loved seeing Tripp grow to be more mature. He was watching his words, he is being kinder, knowing when to say something and when to just shut his trap.

I loved all the things that happened in this book. The plans to make sure Diana wouldn’t be able to do anything any more (in a very surprising way even), Felicia who turns out to be OK in a way (though we could do without the cawing), new characters appear, temples filled with zombies, burning the zombies (in all sorts of ways, I know, this sounds gross, but in so many zombie books they are just shooting bullets, here they just blow them up with fire, so awesome).

The ending? Mm, It is why I didn’t give this book a 5 star. It was the plan all along to do it, but then the ending came along and I was just so disappointed.

I am sad this series is over, but I am dang happy I read them all. Even with a slight disappointing ending, I still loved the series. I would recommend it if you love character growth, some romance, humour, and zombies. Tons of zombies.