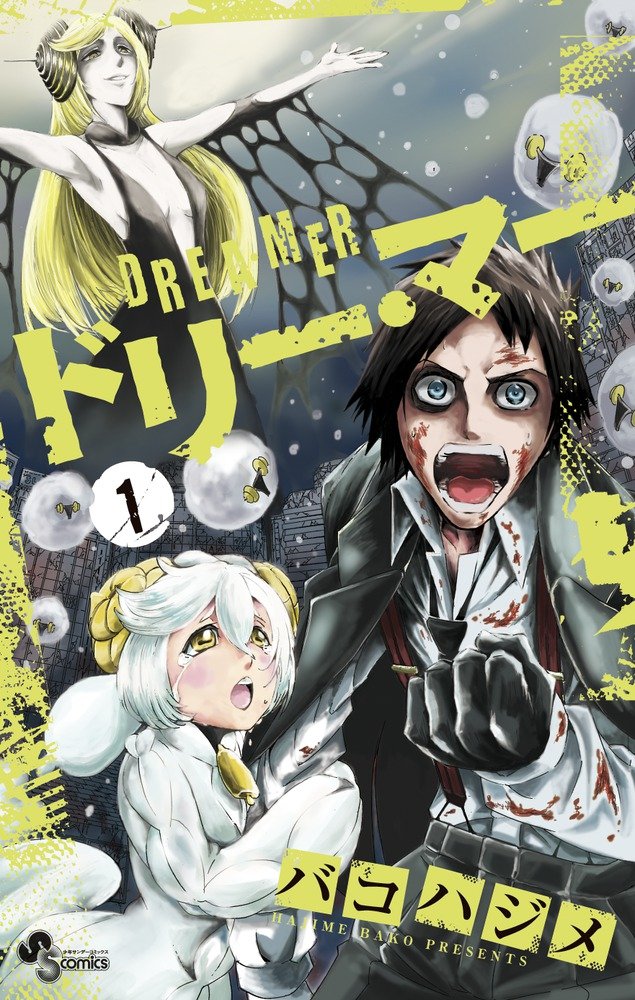 What kind of dreams do sheep give sleeping people?

Welcome to a world full of fluff, or sheep. Not your average cute, fluffy sheep that you just want to cuddle. Oh no, you would want to run run run away from these critters. They will do some creepy things and then poof, sleepy time for you. Forever. Well, apparently not forever and ever, some wake up, and we follow one of them in this story.

Meet Masato. Masato wasn’t exactly my favourite character. He was a bit doomy and gloomy at times, but as the story progressed I started to see why he was so angry all the time. The whole thing with his mom, the fact he couldn’t do anything to help her, man, that certainly causes some scars. Plus, I do have to say he was pretty dang kick-ass, those sheep are going to have to be afraid, because Masato isn’t going to stop kicking their asses. Yep, Masato murders sheep. Now, I know how this sounds, but these sheep are just creepy as crap and also want to hurt humanity, so I have no remorse for the sheepies. I was just rooting for Masato. And laughing at how he did it.

Because apparently, as we find out, the people who awaken from sleep get to be more advanced. They are stronger, faster, and we see that with Masato. He is trying to figure out what his body can do now.

Then there is his hapless companion, a girl who looks like a sheep. Yep. She is a pretty ditzy character, she is afraid of the sheep, she is totally clingy, and she annoyed the hell out of me with her behaviour. Plus, again, she is a sheep. Why does she look like one of the enemies? Why is she so useless? Who is the dad? Where did he go (up in the sky with other humans?)?
There were a few moments that I actually liked our sheep girl, but generally I was just really put off by how she acted.

It was quite interesting to see what happened in 3 years, some parts of the city are still recognisable, but a lot isn’t. A lot of the city is destroyed.

We finally meet some survivors, but all is not going well. I won’t tell you why, you will just have to read this manga.

I still have many questions. What was that giant ass door with the horns? What are the sheep? Why did they come to Earth? Is the whole world gone? Or just Japan (like with another manga that it was just one district)? Will humanity be able to conquer over these creepy sheep or will they forever be with fluff? What kind of sheep are there (we know there are those that can imitate humans, which creeped me out to the max)? And I can probably think of many more questions. So I will keep reading, though I may have to give up as I have a hard time finding all the volumes.

The art, sadly, wasn’t my favourite. For various reasons.

All in all, a pretty decent manga. A bit over the top, the characters were annoying, but the sheep were plenty of creepy, there is enough mystery to keep me reading, and of course I want to see our duo travel and find out things (oh and kick some serious sheep butt).