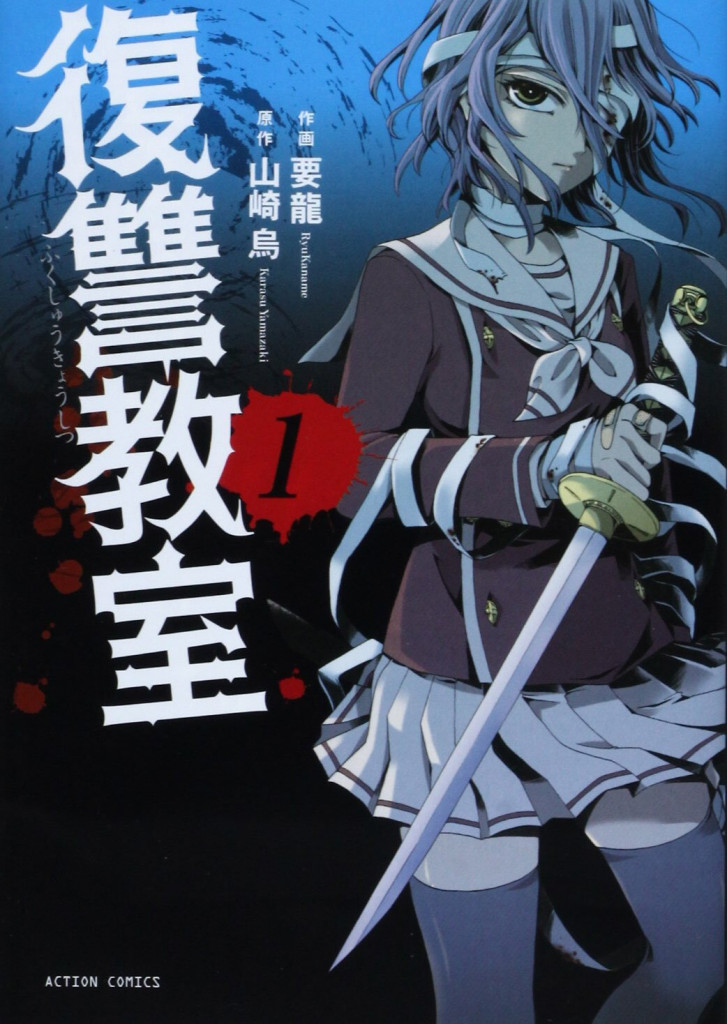 A girl, bullied, is seeking revenge! Will she get her revenge, or will things escalate to the point of no return?

So, in my hunt for some new horror manga, I bumped into this one. I am normally not a big fan of manga about bullying, especially those taking place in Japan (they always seem to take bullying to a level above normal bullying), but I was also curious about the revenge plans. What kind of things would she do, how far would she go?

Each chapter features a victim/classmate. Which was quite a nice format, not all of them together, but one by one. For each one of them she has an envelop with information.

The revenge plans were quite disturbing, but with each one it got more and more disturbing and also very much wtf. And I was quickly tuning out and thinking to just stop reading, but for some reason I also wanted to know how this first volume would end.

I was horrified by what happened to Ayane, and I can imagine she may want to go for revenge, even to those who only did a little bit of bullying, or were just standing by, watching it happen. She not only was kicked, hit, dunked into water, she was also raped. Multiple times. One time even by a guy she thought she could trust. And to top it all of, someone pushed her in front of busy traffic. 😐 Her home situations also isn’t much better. She has no one to confide in. No one who can help her. 🙁

The art was OK-ish, not entirely my favourite.

Given the last chapter, all that happened there, I am not sure if I want to continue. I can already predict that this one will probably be going to be way over the top, and I don’t think I want it to go that far.