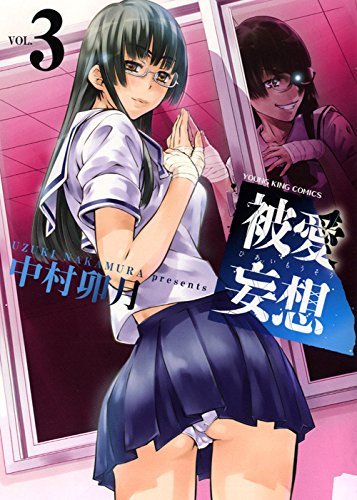 The final volume of this series, and wow.

We immediately dive into it all, no time for cute moments or sweet nothings, oh no. We see how Noeda’s new tactic is going, not just targeting her precious sensei, but also making sure his wife is threatened. Yup, our sweet teacher’s wife is getting very mean letters (even with some disgusting things in it), and she is breaking because of it. I have to say that while I understand that she didn’t tell her husband, I was also angry. Why didn’t she confide in him? Why did he have to find out like this?

I guess this was finally the last straw for him though. Of course, in the second volume we already saw that he was being pushed over the edge. But he thought maybe his family was safe. However, now he sees that Noeda can really go crazy, that she will do anything for her love. Anything.

She is even up to that, and while I expected it, I was still stunned that she would go that far. But hey, that was apparently just an appetiser given the crap she pulls in the last few chapters. She has gone way over the edge. She was already a yandere to the max, but I have to say that she found a new level with what she did to Ayumi, and then also the teacher and her dad.

I am a bit disappointed in the ending/last chapter. It was pretty good (with a character who we saw in the first volume making a reappearance), but then the last few pages happened and I was just wondering what the hell the author was thinking. Besides, how is that all possible?