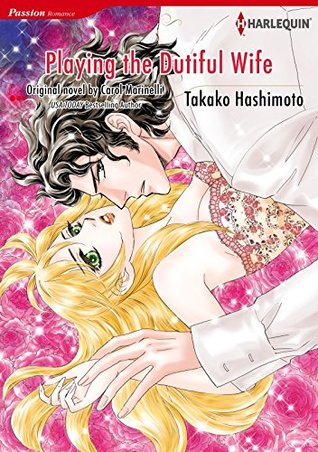 The 5th and final Harlequin Manga I requested at Netgalley, I have tried stretching out reading them, but I still devoured them. Hopefully a new batch will make its way to Netgalley. crosses fingers

Meet Meg, a simplistic girl who, after having a hot dude next to her in the airplane, get married to him so they can have sex (because he is sooooo good with his hands and makes her come while they are flying). Yuuuupppp coughs, isn’t it brilliant? Oh, you make me feel so good, but, no we cannot have sex until marriage. OK, let’s get married. Instantly. Oh, and the next day? Screwed over (but no worries, he has got an excuse, though it will take a year for him to tell it). I knew that was coming as soon as they dived into the idea and into bed. I have nothing against waiting until marriage, but this was just ridiculous. That is not how no sex before marriage works. 😐 Also, who doesn’t use a condom. Hello? Think of all the things you can get, too many.

So now, Meg is a completely grumpy girl who hates planes and guys. Oh, but I need to mention that she didn’t even divorce the guy. Yep, she is carrying her ring and certificate around (as I can’t imagine she just keeps it in her desk all the time).

And then it got even sillier, and I was just laughing so much! OMG. That plot, really, how can you take this serious? Even later, and I am sure I should be shocked, but I just saw that twist coming for miles. I was even thinking it took quite long!

Even though the plot was ridiculous, I was shipping Meg and Niklas like crazy. I knew that even though Niklas was a grumpy insert some mean words he was also a good guy, we just had to dive deeper in the story to see that.

The art… well, it wasn’t my favourite. Some characters looked wonderful (Niklas), but some just looked terrible (Meg). The romance scenes were done pretty dang nicely though.

All in all, this was much better than the previous Harlequin Manga I read, it was still silly, but it was good silly. And there was romance that I liked.