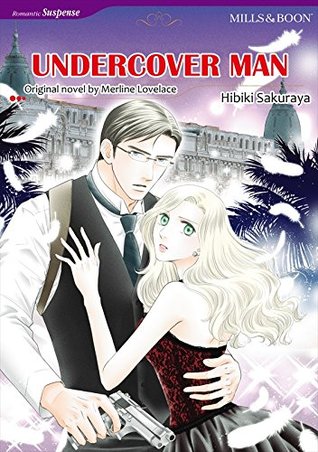 The 4th out of 5 Harlequin Manga, and by far the most boring. Really, I practically fell asleep reading this one. For many reasons. Characters were bland, the story was weird and boring, the romance, what romance? I guess the art was good, though I wasn’t a big fan of Paige’s design.

In this one Paige discovers that her fiance/boyfriend is hiding something, and it is something big, he is working for a secret agency directly under the president. I can imagine that the girl is pissed about it, not that he does this work, but that he is keeping it a secret. Yes, I understand why he is hiding it, but then again, this isn’t good for your relationship. Maybe, just maybe, he could have at least let her know he was indeed doing something special on the side, but can’t tell her. Yet. So throughout the book we not only have the mission, but also David and Paige trying to figure out where they stand. Paige doesn’t want to be engaged to him due to him keeping secrets and being distant, David is finding out that Paige may look frail but can also be something totally different.

Paige wants to show David that she can be awesome and she isn’t as frail as she looks. She agrees to help him out on a mission. Now this all sounds pretty dang good, but sadly it is all boring as hell.

The villain, and how the mission progresses, ughhhh. It was just one big James Bond movie thing, all the cliches included.

The ending, with the wedding and what happened before that, I quite liked it. Happy that our pair is happy again, and I hope they learned to talk about their differences/take time to talk. I did think it was kind of nice what they did for Henri, though I do wonder if it was the best idea.

All in all, not sure if I would recommend this one. Now, one Harlequin Manga left, hoping it is better than this one.