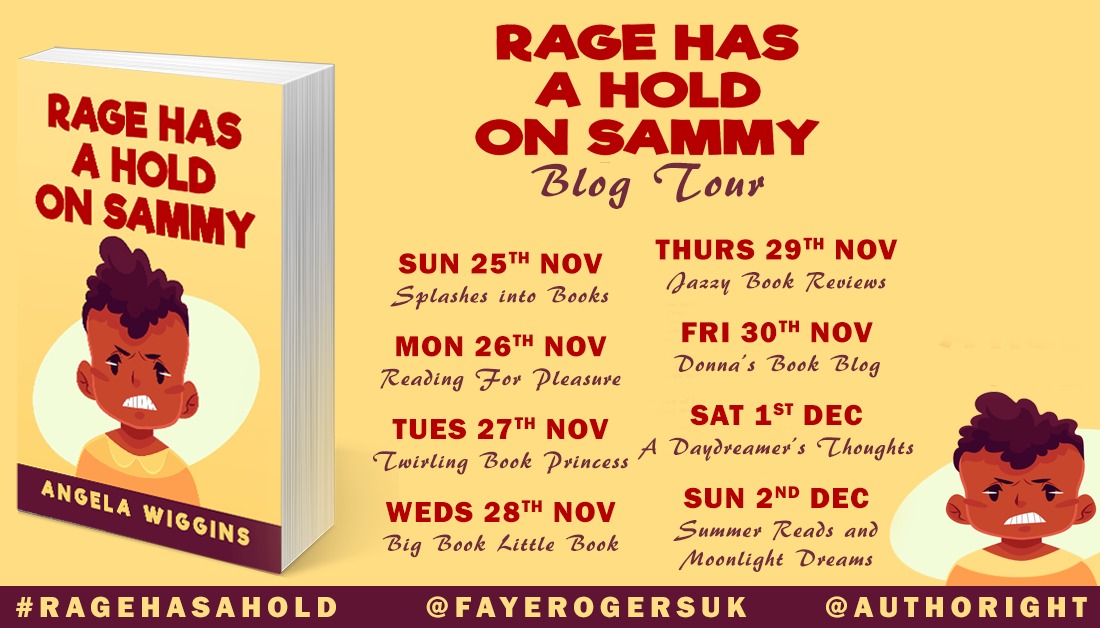 Welcome to the Blog Tour for Rage Has a Hold on Sammy by Angela Wiggins. A book about loss, about mourning, about anger at it all.

For today’s post I will tell you all about the book and the author.

Ready to start? Remember you are not alone. 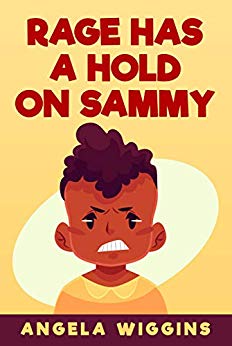 Rage Has A Hold On Sammy is the story of an eight year old boy named, Sammy. He and his father are very close, even though his parents are divorced. Then one day, his grandmother calls; Sammy’s dad passed away. After the initial shock, Sammy’s behavior changes into a defiant, disrespectful child. How can he get over this terrible feeling that has a tight hold on him? Children that experience the loss of a parent have a difficult time. Some of those children become angry and hostile like Sammy. This book will help children in the same situation realize they are not alone.

Angela Wiggins was born and raised in Massachusetts. She now lives in Connecticut with her two children.
She attended Everest University in Tampa, Florida, where she obtained a Bachelor of Science Degree in Criminal Justice. She then went on to have a successful career in law enforcement before taking up her current role as a teacher.
Now, Angela has turned her writing hobby into something that will help others. Her first book, Rage Has a Hold on Sammy, was inspired by real-life events and is based on her son who at eight-years-old lost his father. His struggle with the grief and anger he felt after the loss compelled Angela to act in meaningful ways. She hopes this book will help other youngsters to deal with, and come to terms with, their own grief.
Angela loves to spend time with her children. She also loves travelling, reading, writing, and music. She also found great fulfillment in the volunteer work she did at Suffolk Juvenile Domestic Court in Suffolk, Virginia.
Angela’s hope for the future is to become a well-known author of children’s books. She’s also a passionate believer in the quote, “A dad is a son’s first hero and a daughter’s first love.”

This Blog Tour was organized by:
Authoright