Today was the day I had been waiting for, a new Boekenfestijn! Yep, last year it was in Rijswijk for the very first time, and apparently it was such a success they came back this year.

I was there a bit before the time, and I kind of wished I hadn’t. We couldn’t go inside, so we had to stand in front of a closed fence. We, as in all the other people who were eager to get inside. We had a fun chat though, while trying not too freeze too much (it was cold here).

But eventually we were allowed inside, and we all hurried inside. Tons of books awaited us in the halls.

Well, the manga (of course I always go to that table first) was quite disappointing. I guess they really aren’t getting any new books from somewhere as it is just a sad, sad small bit with the same books I saw last year. 😐

The next tables were Children’s/YA books, I was hoping to find a second book of a series, but sadly I didn’t have any luck. Guess I will have to hunt it from somewhere else, or just keep hoping that I will find it eventually at a Boekenfestijn.

After that I just wandered around looking for books, English or Dutch. 3 hours later and my stack was quite disappointing, especially when you compare it to last year’s haul. But, I am at least happy I got a few books to read. I am really excited about that Zombie Haiku book.

Not sure if I will go again next year, also because I will have moved further away from Rijswijk then. And of course, I don’t want to be disappointed again, though I guess it will happen that there are tons of good books then. Knowing my luck. 😛 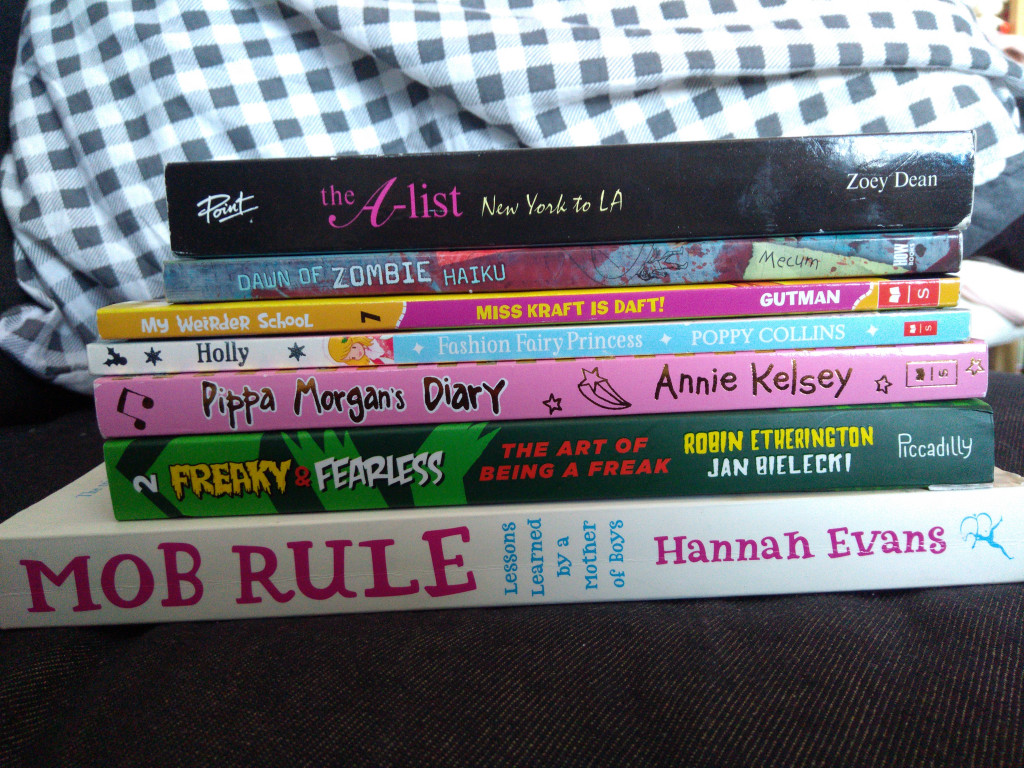