December is almost here, and I am not expecting any new books between now and the last days of November, so here we are with a new Book Haul post!

This month was FANTASTIC. Really, I got so many books that I am kind of flabbergasted. Several pre-orders/kick-starters appeared, I bought some books that I was waiting for (Dutch books), and my boyfriend also gifted me several books (thanks dear!), plus I got some freebies as well. Then there were books that I just needed to have and thus couldn’t resist buying. Phew. Oh, oh, and I can’t forget this one and that one. What a book-filled month! I will definitely be taking it easy next month, so far I don’t really have any books I am planning to buy so I am sure it will be fine. Though knowing the bookworm powers I am bound to end up with books again. Teehee!

Now it does seem quite the amount, but I read almost all of these books with the exception of 3, and not counting that big bad boy about Battlestar Galactica because I am not sure when I will read that.

So here are my books! The first three stacks are the pre-orders/kick-starters/presents/freebies. The last one is the books I couldn’t resist buying. 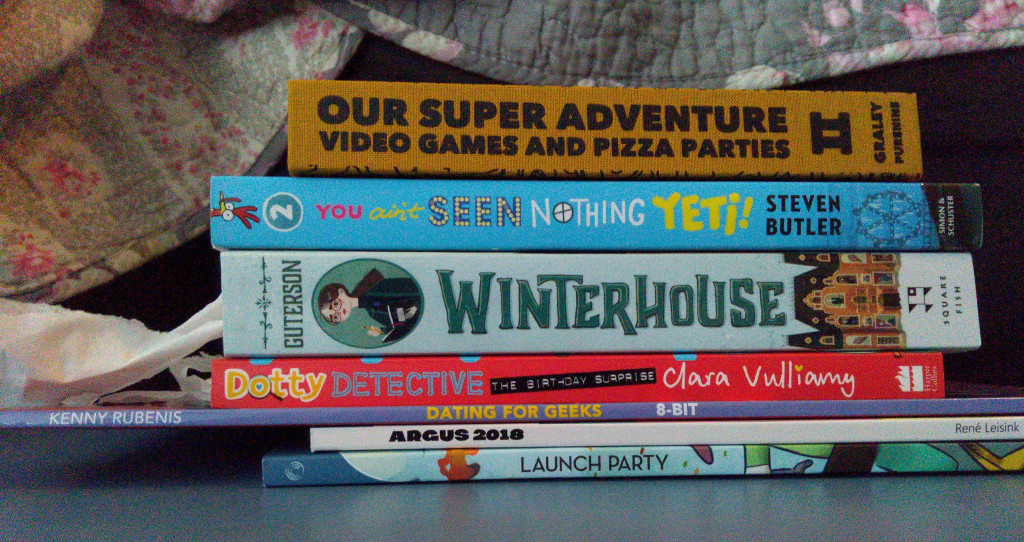 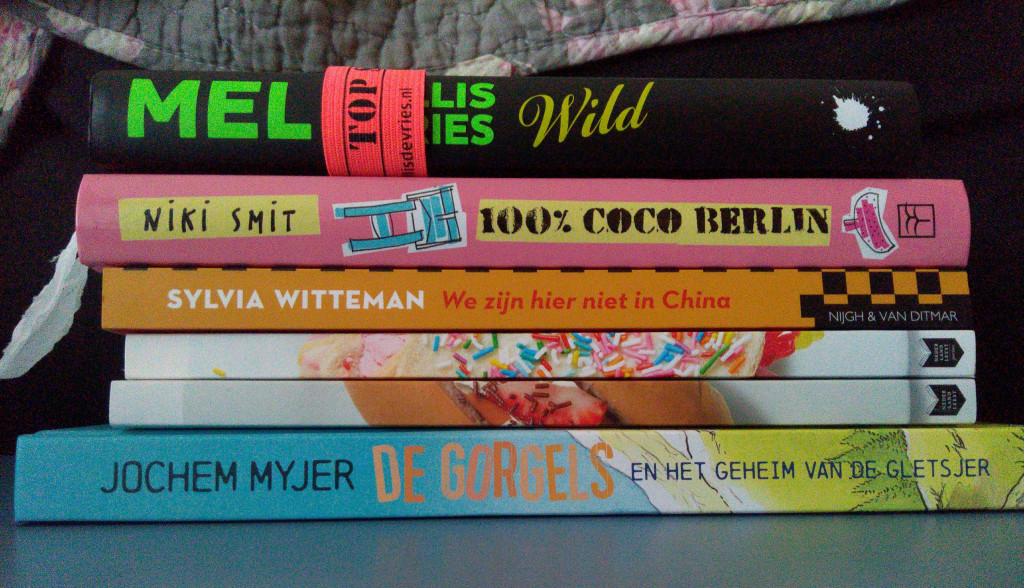 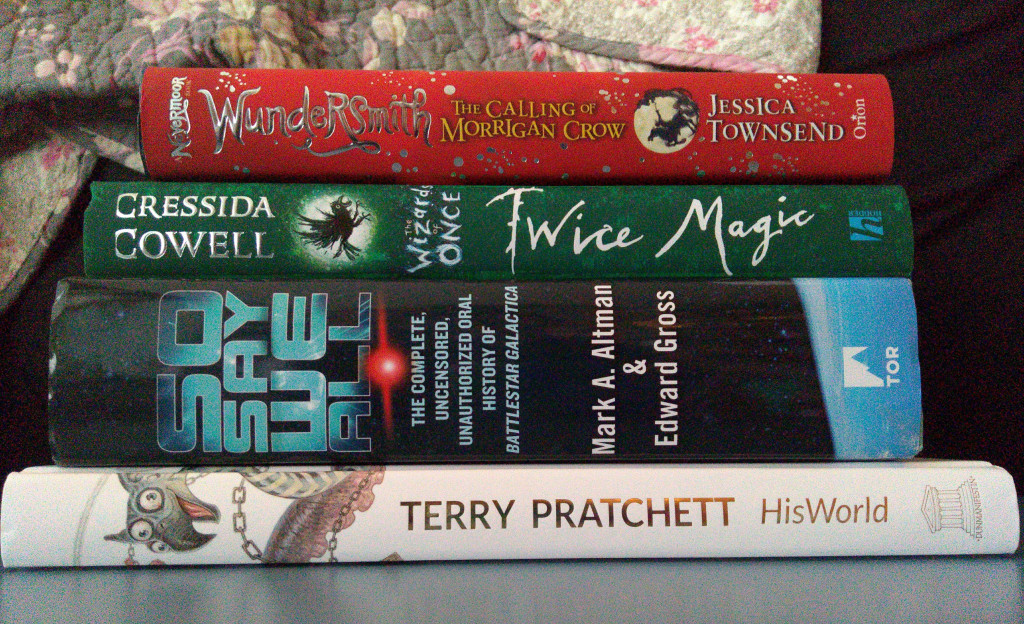 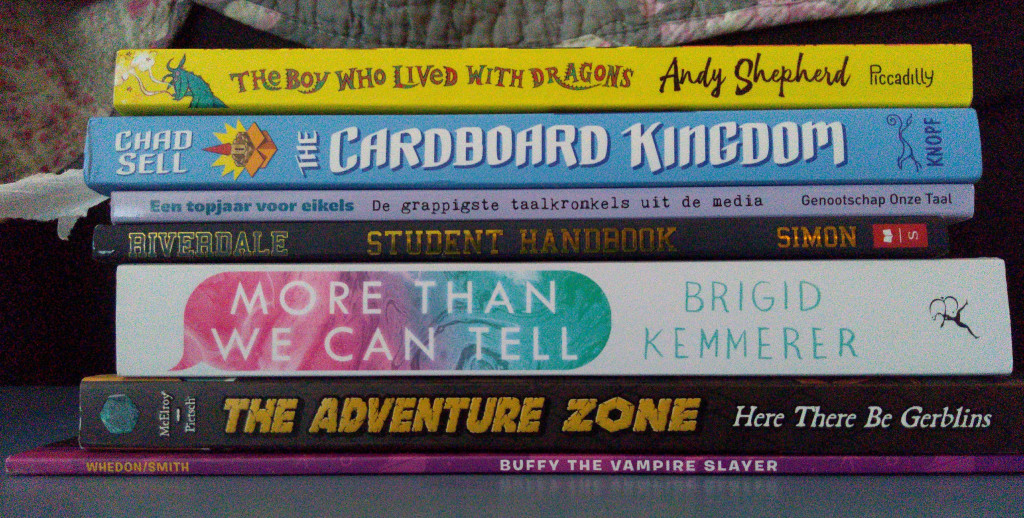 Wundersmith: The Calling of Morrigan Crow by Jessica Townsend
Twice Magic by Cressida Cowell
So Say We All by Mark A. Altman, Edward Gross
Terry Pratchett: HisWorld by