Happy weekend everyone~ Welcome to the Library Haul post for Library #2 and #3!

I will be keeping this one short though, I have been feeling sick for the past few days. Yes, I went out even though I felt sick, I wanted some library books + some distraction from feeling bleh.

Library #2’s visit was one of lightning speed. Check the new release tables (Non-fiction/Adult + Childrens). Grab my 6 reservations. Hop outside in the cold again. 😛

Library #3’s visit started off quite interesting. When we went to bring back the books (before we head out again for some walking and shopping) the systems had crashed so one couldn’t borrow or bring back books. We had to just give them to a librarian who put them somewhere so she could later put them through the machine when it worked. When we got back 2 or so hours later things were fixed again. Yay. I was already worried it was still down, which would mean no books to borrow as I usually have the limit of 12 with me.

But then again, I just am thinking of not going to this library again for a while. Once again, no new Children’s/YA books, once again no new English books. I did find one picture book to bring with me, as well as a non-fiction book, but the rest of my haul is comics, comics, and more comics.

I still have several books that aren’t on Goodreads, so I will add the links to those books when I get to reading the books (If I read them that is). 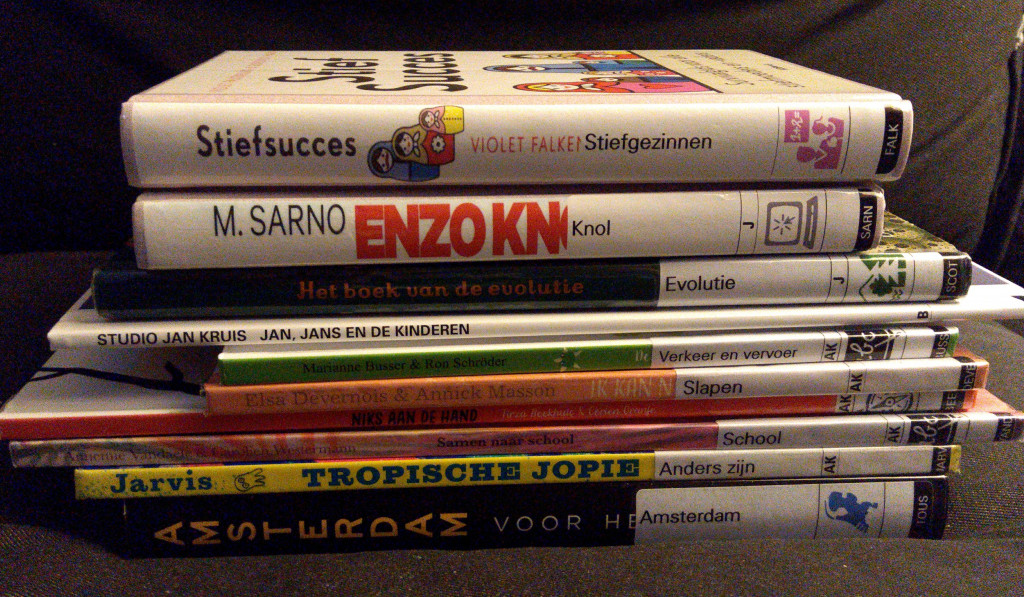 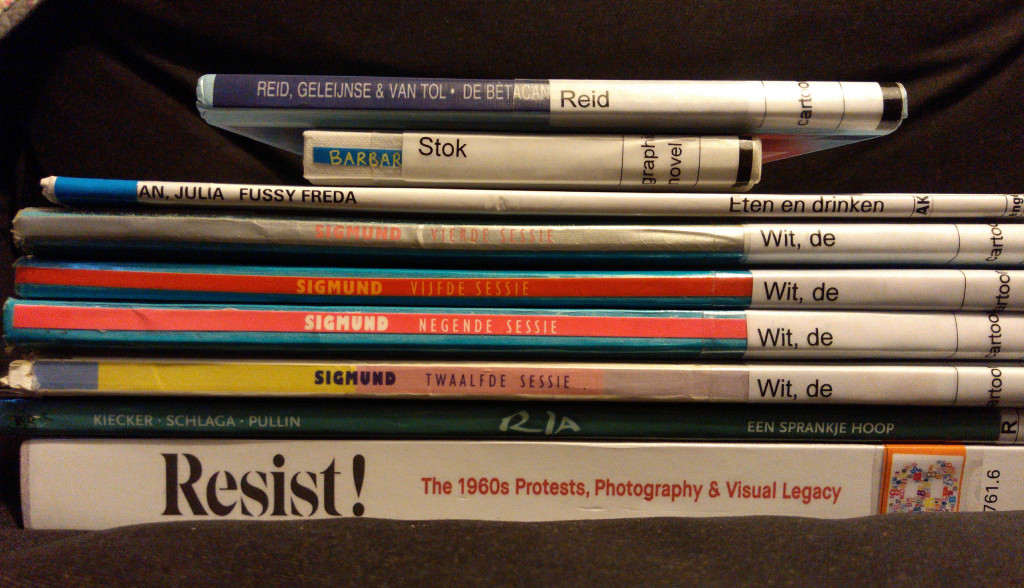