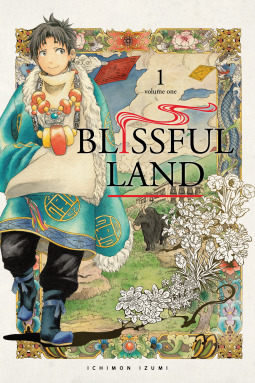 Meet Khang Zhipa, he is a doctor, or should we say doctor’s apprentice? He just LOVES herbs, like, he will get lost looking for herbs, get spaced out while thinking about herbs. But he is a good doctor, even though injuries make him back away (though apparently that has to do with that he can just feel the pain and wants to help people). He tries everything to make everyone happy, evidenced by the first patient we see in this book, a friend of his. He ends up staying up late just to make the medicine, and why? Because he wants to see his friend smile again. Aww!
I just loved how eager he was to learn, and how he was open to also telling and explaining to others how things work.
I do have to say that I was a bit confused, according to the blurb he is 13. At times, he indeed acts like this, but more often than not he acts 15/16-ish (not to mention he also looks like more that age in the serious scenes).

I hadn’t read the blurb, I just based my decision on the fact I saw this one on Twitter + the cover. So, I didn’t know about the bride-to-be thing, but from the moment she entered I knew she was our MC’s fiance. I had such a big laugh when she stayed and our MC just broke in a panic because the bride was left at his house, and then he found out she was his bride. Parents, maybe next time tell him he is getting a bride? Or did you tell him while he was in his dreamy herb space? 😛

I just adored our MC and his bride, they were just so cute together. I am sure their marriage will end up fine. She listens to him, is eager to learn, is cute, sweet, likes him for who he is, worries about him, makes him food, and he is eager to tell her things, explain things to her, worries about her, let’s her do things that most man may not allow their woman to do (like the colour/dye thing), tries to find out when things are wrong (there was a moment she was unhappy and he was trying to figure out what was going on but he had no clue how to do it). I don’t see love yet, but I can see that happen. For now friendship and getting to know each other is most important, they still have years to go before the marriage happens.

I was a bit worried about the arrival of our MC’s childhood friend. Please, please, let this not become a love triangle. I know, this is set in 18th Tibet, so there is a 0% chance at it, but I am just worried. I don’t like the guy and I wonder how these two are friends.

The MC’s family was such a delight. We got the little sister with the big attitude, a father who is a doctor and who is also quite funny, and then there is the mom. I just had such a laugh when the father and son had a moment and mom had heard everything, or when dad planned some things to get his son and bride-to-be together and mom was there again. I guess dad has a lot of time on the couch (or whatever goes for couch in Tibet) the coming nights. 😛

There are tons of delicious mentions of Tibetan foods, and I kind of wish there were recipes at the end, as they do look yummy. In the end I just went for googling those dishes and drooling all over my computer (sorry).

The art. A bit dicey. There are some absolutely beautiful, gorgeous, pretty scenes and plenty of details. A bit in the vein of Emma/Mushishi. But then there are the expressions on the characters and those really ruined it at times. Sometimes they fit, but quite often it just looked out of place, which is a shame.

I can’t wait to see where this story will go, will our MC and his bride get closer together? Will our MC get some challenges so he can truly show his awesome doctor skills? What kind of foods will we read about?

And of course, I would highly recommend this one, and I am eagerly awaiting the second volume.