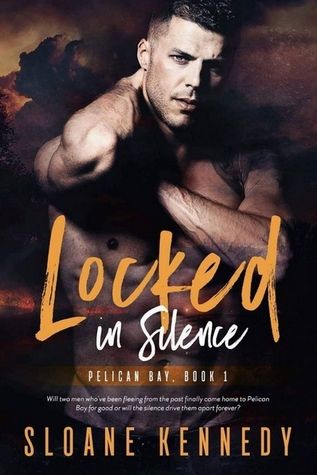 “I’ve spent years hoping someone would finally hear me. It’s easier not to try anymore…”

I had to read a book for a challenge on my group and my eyes fell on this one, I just had to try it out, and boy, I am delighted that I did. I laughed, I giggled, I cheered, I gasped, I cried (oh so much), I shipped, I loved all of it.

I will try to write a review, but it may be jumbled as I am still emotional about this book.

The book switches between Nolan and Dallas, two guys who will soon fall in love with each other, a fierce and beautiful love. But the road isn’t easy. Both of these guys have a story, a past.

Nolan is back in Pelican Bay because someone accused him of stealing a priceless violin, and he is now taking care of his family. While Dallas is an outcast due to an accident that happened when he was 18, an accident that killed his mom, put his dad in a wheelchair (and later died), and him without a voice and a limp, an accident that people thought he caused due to being drunk. Both these characters are shunned by the town’s folk (and talked about), as happens often in books about small towns, especially if the town is filled with religion. It also doesn’t help that both the guys are gay.

Their love won’t be easy, especially since Dallas used to be around the guys who bullied Nolan (and he did nothing but just send silent sorry’s). You can imagine that certain events happening will have Nolan thinking certain things about Dallas, while we the reader can clearly see that Dallas is just as much in love with Nolan as Nolan is in love with Dallas. Both of them are clueless, until one of them takes action, one of them finally confesses and thus the dam breaks.

We don’t immediately get fed all the information on what is going on with the characters, what happened in the past, oh no, the author intricately weaves the story and let’s us slowly find out. It is like making a puzzle, slowly you see more and more of the bigger picture.

There are also several sex scenes, while I am getting more used to them, I am still not entirely into those kind of scenes. I just feel like I am peeking at something intimate, something private. So I tend to speedread or, if it really gets too much, skip them. Sorry. Maybe in a few years I am totally fine with these scenes. Maybe not, guess we will see.

As the book continues we meet new characters, like Maddox who is Dallas’ brother, or two new characters who have something to do with Nolan and what happened to the violin. I liked that they were all added, they made the story even better. We see Maddox try to reconcile with his brother, and in the meantime we see Isaac and Newt try to get used to so much love (as Nolan and Dallas are both very generous and sweet people who are more than happy to help people out).

I also loved seeing Nolan’s relationship with his mom change bit by bit. Eventually he found out several things about his parents, and also why they are having such a hard time with money. My heart broke for the parents, they tried so hard, but they just didn’t know how to do things + were worried about doing the wrong thing because of things in the past.

There were several moments that made me cry, mostly to do with how happy and delighted I was and how beautiful the moment was. The ending (the epilogue) just left me completely flooded with tears.

Oh, oh, and I can’t forget that this one also takes place at a wildlife sanctuary. Dallas is such a pure and good person that he spend his inheritance on something like this. I loved how he cared for the animals.

Dallas not having a voice made this book even more interesting, as it made it hard for him to easily express his feelings. He had to grab a phone, or something else to write on, or had to use signs to make known what he wanted. I loved that eventually Nolan and he were so attuned that Nolan could just understand his hubby. Awww!

I could probably rave on and on about this book, but I think I will just end it with that you need to read this one! It is sweet, heartbreaking, beautiful, sad, lovely.