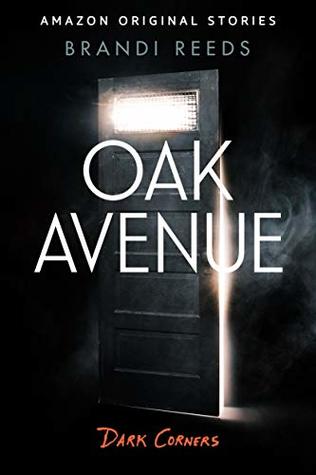 A spooky house, a mystery that should have stayed buried, and creepy going-ons.

I spotted a review for this book on Twitter, and I was immediately intrigued by the book. I am always on the look-out for new horror books, especially if they are about haunted houses!

This one is just a short story, but the author sure did their best on writing it and completing the story in just those pages (though there was an ending, oh my).

This one is about a girl who has moved in to a giant ass home and planning to renovate it. Her hubby is away for work and so she is all alone in this big house with her baby girl, Sabrina. You can imagine she isn’t feeling all too happy, especially as her hubby is away for work. Yes, she has her family in law next door (but she doesn’t have a really good relationship with them). We can see that, as the things in the house get creepier and creepier, she is feeling more and more isolated. She stops sleeping, she doesn’t dare to be alone, she locks her bedroom door, and so on. I just wanted to hug her. And then her hubby comes home and things totally escalate. 🙁

I have to say there was a fair bit of horror stupidity. Oh, hey, look at this GORGEOUS door under a tree without any damage or rotting while the tree on it is totally dead. Gee, let’s put it in the house and restore it. Hello? Hello? Is this thing on? What the hell were you thinking woman? That just screams BAD IDEA. I would have buried that door again or burned it, or whatever works for a spooky thing like that.

I hated Edison through this book, but then later I could finally see he was probably (yes, probably) influenced by whatever was wandering around the house, but still, I definitely wanted to kick him in his nuts. Urgh. I would have rather seen him be as he was at first instead of immediately a prick. Because even through texts he seemed like a dickwad. Making comments if Ana dared to wake up at 8 (which is a very acceptable time), angry that she dared talk to another guy. As I said above, now I just couldn’t easily see if he was always like this (but it was hidden) or if it was the house. But then again, I am still very doubting it. Sometimes people hide these tendencies really well, and it just needs a small thing to light the fire and have those tendencies pop out again.

I disliked the town and how they treated Anastasia or Ana. They kept calling her Eddie’s wife this and Eddie’s wife that, and wouldn’t allow her to make any big decisions on her own as they needed Eddie’s decisions, and if she dared to make a decision they would like at her like she was mental. Hello, it is 2018? Not 1800s? sighs I was happy that she finally found someone who wasn’t too bad, though the addition of his character did cause some drama. Greetings people, again, we are 2018, friendships with guys are totally OK, it doesn’t mean the girl wants to cheat on her hubby.

The ending? It was pretty great, and do love the twist. Oh my, oh my.

All in all, I had tons of fun reading this one while I was cooking dinner last night. It was exciting, creepy, and I just couldn’t stop reading, I had to know how this would end.