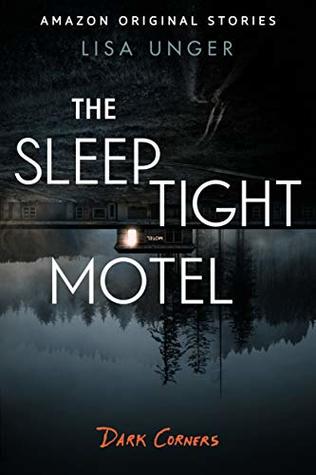 My second in the Dark Corners series, and it is all about a spooky motel, a girl on the run, and a mysterious event happening during the night.

After the success of the first book I read from the Dark Corners series, I decided I wanted another one and that is this one. I am not sure if I want to read the series further, but maybe during Halloween again!

This one is about a girl on the run, but who is she running from? And what is going on in the motel? Well, I have to say I knew from the start what was going on, though I have to say that I was a bit confused at times. I will put it under spoilers.

The story switches back and forth between the now and the then. The then being how Evie met Erik, how they fell in love, and how she completely got ensnared and couldn’t get out of it. I have read about other abuse relationships and this one just screamed textbook abusive relationship. She wanted to run away from him, but also loved him. She wanted to have sex with him, but also didn’t like what he was doing while having sex.
I definitely loved that the author gave us more and more insight in the characters and what happened for Evie to have arrived at this motel.

It was at times a bit creepy, though again, since I knew what was going on, it wasn’t as creepy as the other Dark Corners book. But still, very fun to read, and the author managed to write an engaging and exciting story in just under 50 pages!