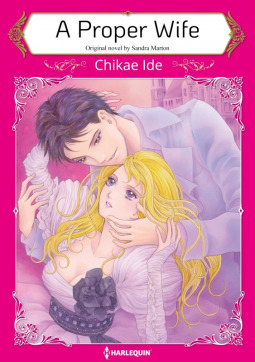 Devon is a model, or well, was. She punched a dude (for very good reasons and I am generally very anti-violence) and got fired. Now she is without job, without much happiness, and then it is demanded she marries a son of a rich dude, and that son is, of course, the one she punched. Ah, this premise sounds so delightful. This sounds wrong, but given the fierceness of our girl, I wasn’t worried she would just say yes. I expect tons of fire.

Ohhh, I love a girl who can punch. Go girl! I would have so done the same as her though if someone said those things to me. Yes, I am wearing a sexy dress, no that doesn’t mean you can have sex with me or imply you want it. Go away. I was pissed off at the manager for just firing her. I get that action is needed, you can’t just punch people willynilly (though this guy deserved it), but to fire her? Like that?

So wait, hold on a second. Gordon, Ryan’s brother married Bettina, who is the mother of Devon, who is our kick-ass girl, who needs to marry Ryan? Oh, my, I have an headache. Sure, Devon isn’t really related to the family, but still, you are demanding the step-daughter of Ryan’s brother to marry with Ryan. shakes her head

Also, was it really necessary to have so many close-ups of them kissing in 3 or 4 pages? Instead of going awww (though also eww because forced) I laughed. It looked so so silly.

What is up with these books and their arranged and fake marriages?

This whole story was just ridiculous. I was constantly rolling my eyes. But I did like that we saw the POV of both characters. This happens in other Harlequin manga as well, however not as much as in this one, it just a tiny bit, in here it is very important that we get to know Ryan’s thoughts as well.

snortsAh drama. Of course, why not. And like with all these manga, she believes that woman. Wow. Just wow. And then there is that revelation. rolls here eyes

The art? Eh, OK at points, but what was up with the hair, especially Bettina’s. How much product does she have to use to have her hair like that? Or does she put her fingers in sockets in the morning for that extra zap? Also what was up with some of the scenes. Like the kissing scene, or when Ryan came to her (and you saw him 3 times) or when she was swimming. I just laughed.

And I was definitely not crying at the end. No way. sniffles