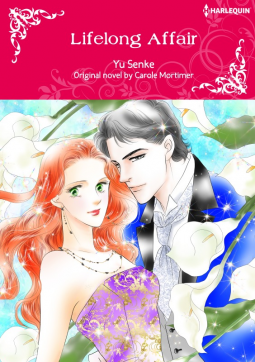 When our MC loses her sister and brother-in-law due to a plane crash she suddenly is the guardian of their child (apparently and magically her sister still lived after that crash and managed to give birth to a very adorable baby boy). However she isn’t the only one. Alex, her brother-in-law, is also guardian. And well, these two really don’t mesh. But hey, it is harlequin, we all know how this will end.

I also got a bit tired of their battle on who could get custody. Did you both forget that your sister wanted it to be both of you? Hello? I guess respecting someone’s dying wishes is very very hard. 😐

Ugh, I just wanted to drop this book after a bit because everyone was bitching about our MC’s family, especially Glenna. Good grief. Just because someone is an actress doesn’t mean she is all that. Urgh.

sighs Really, that is your solution to this problem? Oh good grief. Typical, so typical.

I did love that she had saved herself for her wedding night. Most of these Harlequin manga feature woman just diving into beds with the hot guys, but this girl actually waited.

And again, talk people, talk! Open your mouth and actually say what you want to say. Don’t just turn away from each other when someone tells you stuff (that could easily be lies, one never knows).

But yeah, dramaramaramarama. So much of it. But again, I still can’t hate the endings of these manga. This one is again so adorable and cute.

The art… mm, hit and miss. It was quite pretty in scenes, but sometimes body proportions seemed a bit weird, faces seemed off.