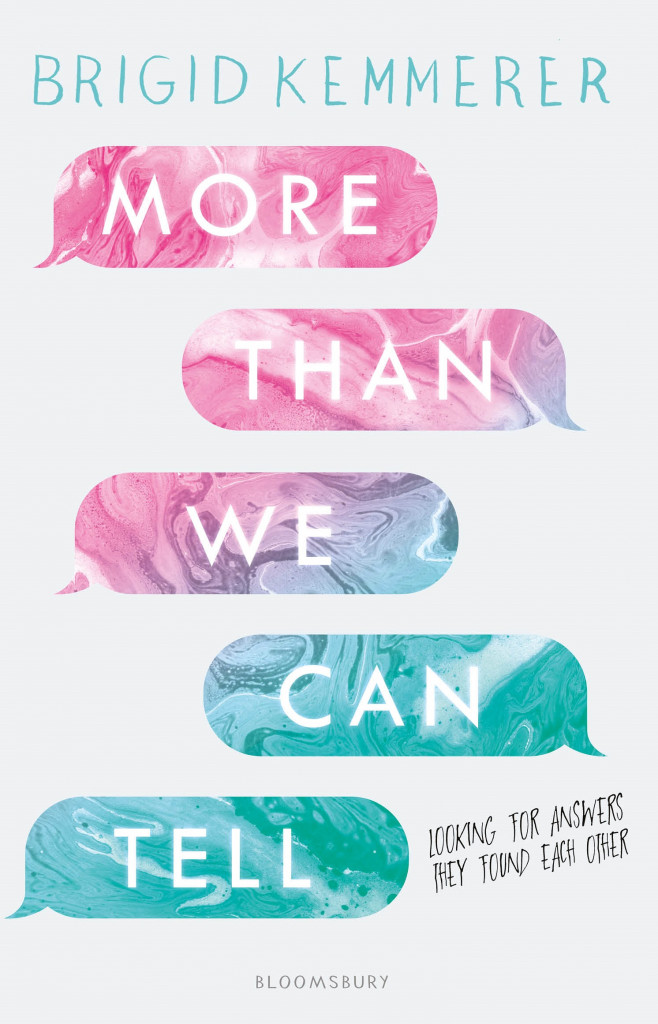 “No one lives in a vacuum. Our actions have an impact on everyone around us. Sometimes without us even realising it.”

This was a bit of a risk when I bought this, I knew it was fairly standalone from the previous book, which is what pushed me into getting this book. Sorry, the first book was just not my cup of tea. And even reading about the characters from the first book (because Rev is Declan’s best friend), well, still not interesting in either of them.

Two characters, Rev and Emma, both not all too happy meet up and a love story begins. I have to say that I like Rev way more than Emma. Emma had the gamer/coding stuff that I loved, but she made so many dumb mistakes and was such a bitch towards her mom, not to mention her best friend. Then there is the whole I can do it myself-attitude while she should just have sought out help from the start. Rev however was just a sweetie, and I felt like crying when I read his story. Sure, I wished he had told his adoptive parents about his dad sooner, but eventually he does and yes he does some things I wouldn’t recommend, but all in all, he was the best character.

Let’s start with Emma. Emma, oh Emma. I just adored that she knew so much about coding, about making games, that she loves to play them. I loved seeing her tell us about the game. About what else she made. I was also heartbroken because of the Nightmare situation, I know enough about (online) bullying to know how much words and stalking hurts.
Plus her home situation? I knew way before she did what was going on at her home, I was just waiting to see how it would explode. In one big bang? Multiple bangs? And what would happen if Emma discovers about it, or walks into the situation aka the talk.
But she was a true bitch towards her mom, and sure, her mom did have some things that I also didn’t like, however, if you want respect you should also respect your mom. And that includes talking with her at a normal mature way. Not putting on your headphones and calling your friend. Or even dismissing your mom when she wants to talk about her medical education, which, if you had any care, is also full of males and crap.
She was also a bitch towards her best friend. Who just wanted to be there for her, but instead got rude and mean comments about her make-up, about her family, about other stuff. I just couldn’t understand that. What the hell.
Also do kids these days not learn about stranger danger and internet safety? Also, I was kind of stunned that she had the barest of minimums of security on her game. Didn’t even know much about banning. It was just a shame.

Rev, ah Rev. Our boy with a very troubled past. We find out throughout the book what has happened to him in his past, and with each revelation my heart broke. We see that he has quite a bit of anger going through him, which he relieves by doing sports. But you also see that he is worried about his anger. Is he becoming like his dad? Meant to hurt those he loves?
I felt sad that his dad had the guts to just send that message to his son, not caring how much hurt he brought on, still thinking that apparently he never did anything wrong to Rev. I was happy that Rev had the guts to send something back, but sad that his dad just continued to mail him. Really, dad, get the hint.
And while this is all going on his adoptive parents get another foster kid in the home, Matthew, who isn’t the easiest to live with it seems. We slowly also find out what is going on with him, and boy, I was horrified, I can imagine he acts the way he did. Wouldn’t all of us do that after all that trauma?

Tip to the characters: Talk about your problems instead of going about it yourself.

I just adored Rev and Emma’s relationship and I adored seeing them get closer and closer with each chapter. They really clicked together. That one make-out scene on the grass near the church? Oh my, I was just giggling in happiness at it all. I am happy that could talk about their problems and that neither of them were judgemental or pushy. Both of them gave each other time and peace to talk.

The ending was so very sweet and I happy that everyone talked about their feelings about whatever needed to be said. Finally in some cases!

The story was really well told, the author did a magnificent work on making these characters come to life, sure I didn’t like Emma that much, but she was still a well-written character.

All in all, I just adored this book, I couldn’t stop reading though eventually I had to stop as it was late + I was/am sick, otherwise I would probably have continued until I am done. And yes, there were a few moments that I cried.

I would recommend this book to all!