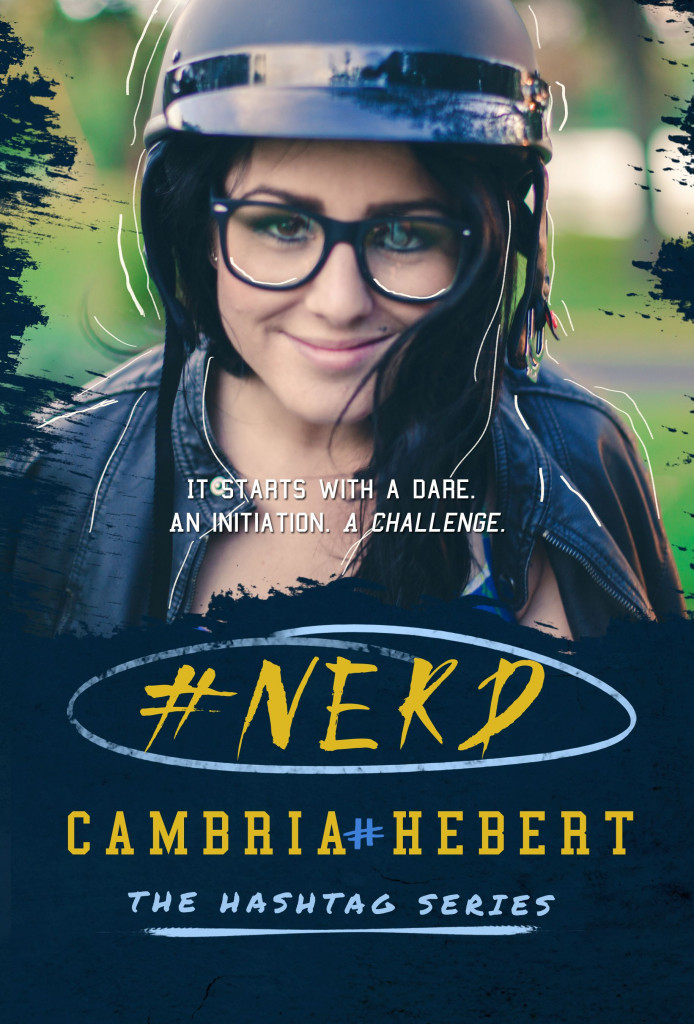 “She is beautiful.
The thought came out of nowhere and shocked me into next week. “

I have had this book for more than a year now, but never got to try it until a few days ago, and dang, I wished I had read this one sooner. This was just too sweet, too cute, too romantic, too much of everything. Wow.

The book is from the POV of two people who couldn’t be more different. Rimmel (sorry, but I kept thinking of make-up every time I saw her name) is a shy girl who much prefers to study and stay inside. We later do find out what happened to her that she turned into herself like this. Something that was sad and made me want to hug her. She has tons of walls surrounding her, and I was very eager to see those break down, for her to let someone in.

Then there is Romeo. Popular, jock, playboy, famous on campus, tons of friends. He is trying out to be in a frat as to have an easier access to NFL.

Rimmel was a bit too mousy for me, but I still liked her tons. And as the story unfolded and I saw her drop her walls, make friends (though she finds out Ivy was already her friend), get out of her shell, get more assertive, I loved her even more. She became a really fun character and I was rooting for her. I loved that she dared to wear something else, and that she was also having fun trying out new hairstyles instead of her shield of hair she normally has around her.

Romeo, at first I didn’t like him. Sorry I don’t like the playboy/overly popular type. He was quite a dick at times, like that time he went out to have a blowjob while was supposed to be tutored by Rimmel (who the hell does that?). Then there was that challenge from the frat, the one that said he had to have sex with a girl and make a photograph. Rimmel is that girl. I was already prepared to throw with this book, though given it is a kindle edition, maybe not the best idea. Or just raqe quit. Or just write a very angry review. Whatever seemed appropriate. But thankfully, I didn’t have to do any of those. Oh no, because Romeo changes, he falls totally head over heels in love with Rimmel. And he does anything to protect her. However, I do wish he had told her about the challenge before crap really went down. It would have saved several heartaches.

Rimmel x Romeo? They were a pair to love. I was rooting for these two, the nerd and the jock, to get together and have a wonderful and sweet romance. They complimented each other, helped out, listened to each other, and boy the sexy times were sexy. I loved that they didn’t immediately sleep together, but instead waited for the moment to arrive. And then, oh boy. swoons

Then there is the frat stuff and Zach, the president, who isn’t a fan of Romeo. He makes up the worst challenges, threatens and robs Romeo, and several other things. He was just the worst. It seems we will see more of him in the next book (which I will be reading very soon).

I loved those Buzzfeed/Boss tweets/messages at the beginning of the book (and also mentioned throughout the book).

All in all, I had so much fun reading this one. It was sweet, cute, adorable, exciting, fun. I would definitely recommend it to everyone.