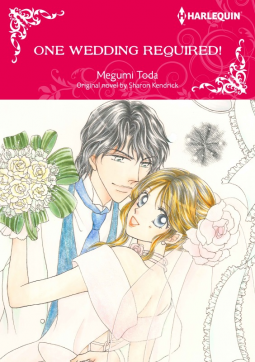 Only 2 more Harlequin manga to go, this one and a Christmas one. I still have a few lined up to be posted with reviews, so the Harlequin December party continues.

This one promised enough drama with a girl who is a secretary to a hot CEO, but also his fiancee. Instead of trusting him, she doubts him when he spends less time with her (due to his work I assume). Then she seems him in the embrace of a model (because guys can’t hug other girls if they are engaged or in a relationship, at least so it seems from many a book).

The first panel, didn’t really make me eager to read. See here: Twitter. I am sorry, what happened to her face? Is this how the manga is going to be all the time? Oh, please, no.

Oh, admirable that she decided to live on her own at 16, and immediately decided to go for a top job. Yes, it was quite rude of Finn to say that to her, but he did offer her a job. Not the one she wanted, but instead a job much better fitted with her. So far the story sounds really good, but sadly… very sadly, I just didn’t see the click after that. As soon as mister CEO comes home he is rude, mean, but he makes it all up with sex. Yeah, that is one way to a woman’s heart snorts.

I don’t get why she did that interview, she could have at least consulted with someone (and no, that doesn’t need to be with her fiancee, that can also be done with a friend). And that she didn’t tell her fiancee about it. It was quite an important interview and she knows how he feels about those interviews (I can imagine that he knows that interviews can be fun but also very eh and that journalists will twist your words if that means a better story).

Oh no, heaven’s forbid a girl hugs your man. Oh no. Oh no. If one of them tries to seduce him they must all be doing it. rolls her eyes

Wow, I get that the plane crash is quite a shock, but you should really have gotten some presents way before that. You know your fiance is already feeling unhappy and insecure about your relationship, and then you don’t even do this for her? Dang bro, no. Just no. Aww, but but, awww. I correct my words. Yes, he was dumb, but man that was so sweet of him what he did. He did notice she was feeling down. Yay! Um, maybe not yay, good. He noticed. sighs Again, never mind, correcting again. What a dick move. 😐

sighs I am sorry, yes, Finn is a dick. But I am getting REEEEEEAAAAL tired of our MC and her constant behaviour. I get that this all sucks, but does she have to go on and on and on and on and on about it. Just grab him, talk to him, make him talk, but don’t walk around with this all the time. I don’t want this anymore. My sympathy for her case is over.

And really, this ending is just so dumb, what a pile of shit. I don’t even have words right now for it. throws a table

Sorry for my language, but fuck this book. Fuck it so much. What a pile of drivel. Bah. I had expected some good explanation, instead we get some whiny sob story. Bro, you are 30 or 40, why did you act like a freaking 10-year old. Sjeesh. 😐

And sorry, but the art (see my twitter for a few examples) bordered on OK to OMG no.

So I am out. Not recommended by me. Nope.