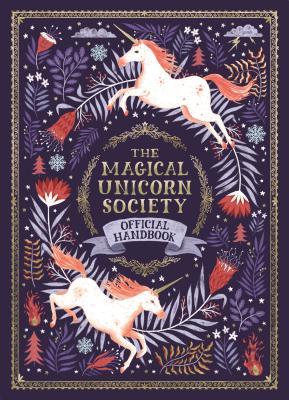 Have you always wanted to know all you could about unicorns? Look no further and grab this gorgeously illustrated book!

I am a big fan of unicorns, and so I couldn’t resist this book when I saw it on Twitter. I looked inside of it with a preview and fell in love even further. Order placed. Amazon get to sending it. And then it was in my hands and I was just in love with the shininess of it all.

The book is told from the POV of the current head of the society, whose name I already forgot, sorry dude. They will tell us all about where unicorns live (apparently woodland unicorns are all about living near me (yay!)), stories about each of the different kind of unicorns (like Storm Chasers who love storms, or the Water Moons who live on/in the water (and even they have variants)). We will learn about the first two unicorns, how they were created and how they started a world full of unicorns. We learn about various brave people who are closely connected to unicorns. It was magnificent and I have to say that I loved the randomness of it all. I was at first worried everything would just be stuffed together in groups. Yes, I love the stories but I don’t think I would have been able to stand it all clustered together. Instead you get everything in a lovely random order. Stories, facts, alphabets, illustrations, food, and more.

The book is amazingly illustrated. Really, I just had to take a moment at times to just soak up all the loveliness and see all the details that were found in each of them.

I would recommend this book to everyone. And remember to believe!