A sizzling welcome to the Book Blitz for Give Me Fever by Jasmine and Arielle Lockhart! I fell in love with this cover and had to participate in the Book Blitz.

For today’s Blitz I got information on the book/authors, you can read an excerpt (that guy needs to learn some tact), and join in on the giveaway! 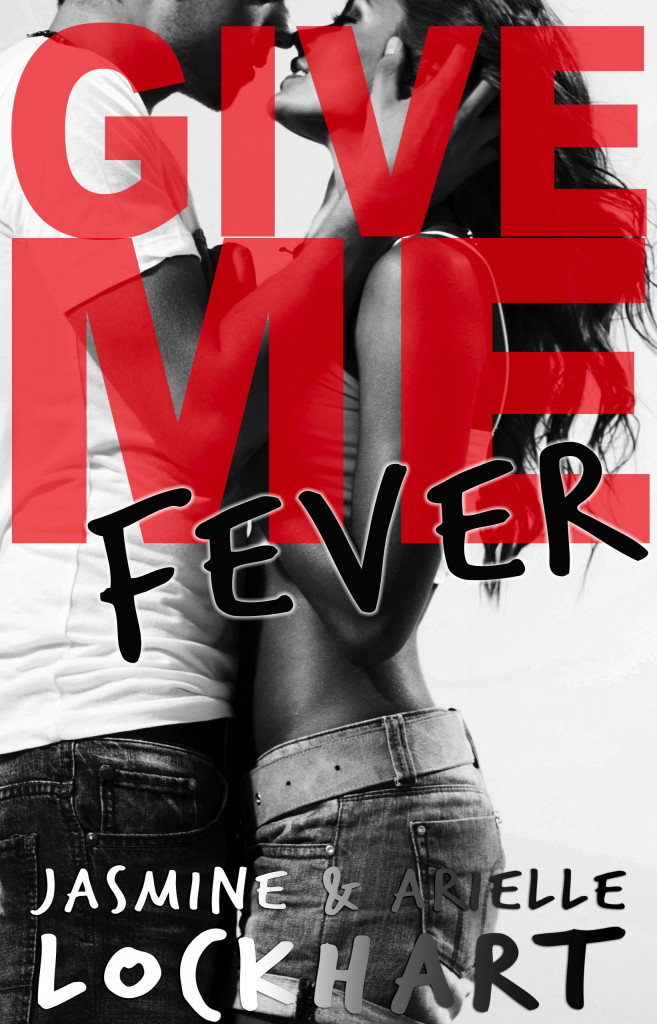 Hotter than a fever…
Jackson Noveau left behind his Cajun roots to make a better life for him and his new bride in New York City. But his drive for success drove the love of his life away. Six years later, Jackson has the opportunity to take his hot sauce company global. All he has to do is buy back the family farm. Unfortunately, the new owner isn’t impressed by his handsome offer.

From first love to fiery business rival…
Jessa fled home to the little bayou town of Fever, Louisiana six years ago, expecting Jackson to chase after her. He never did. Now he’s back and she has something he wants—the farm she secretly bought. She has no intentions of letting go of the home she loves, or the one-of-a-kind peppers necessary for the production of Jackson’s hot sauce. At least not until she learns Jackson holds the key to something she wants—the divorce she believed they finalized years ago.

What’s yours is mine…
The two strike a deal where winner takes all. If Jessa can go a week without succumbing to the spark clearly still between them, Jackson will sign the divorce papers. If not, Jackson gets the farm. As the ex-flames spend the week together, things smolder hotter than a fever, but with only one winner, someone is sure to get burnt. 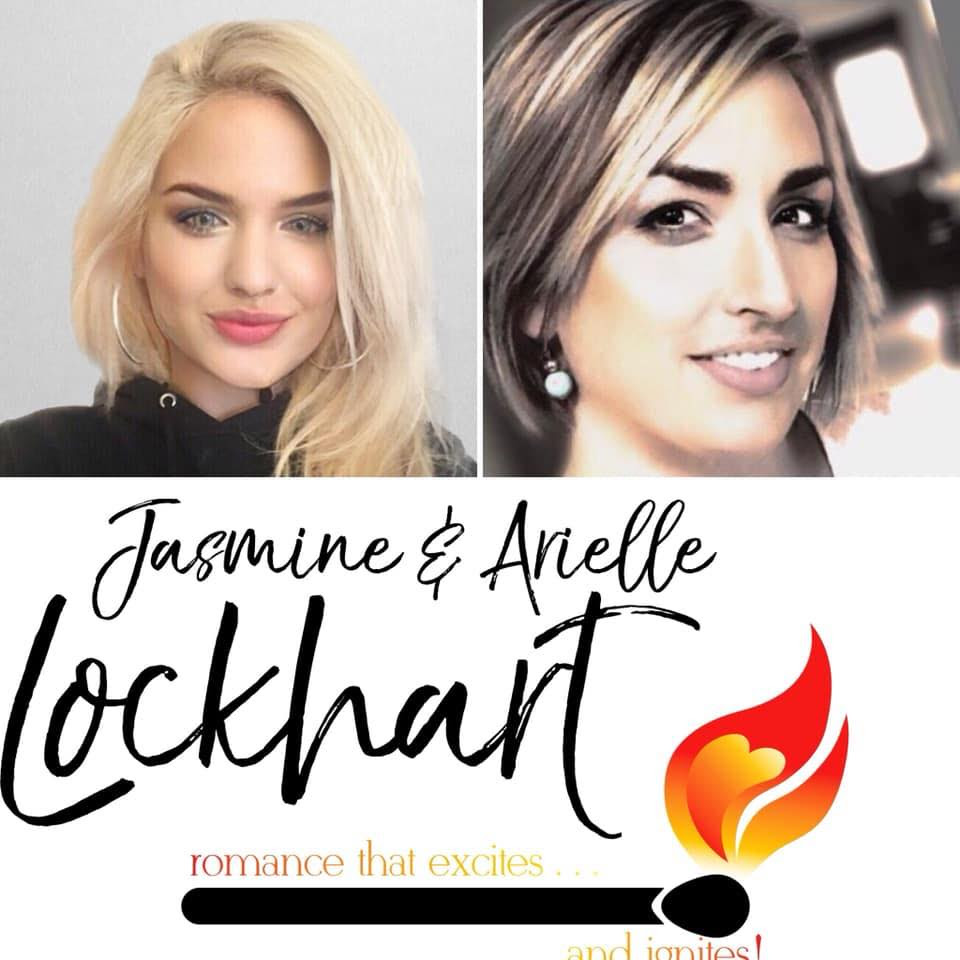 Jasmine and Arielle Lockhart were born and raised in New Orleans, Louisiana, in a house overflowing with books, art, and poetry scrawled on scraps of paper by the hands of their father and mother. The sisters spent their childhood summers setting crawdad traps and picking peaches from the three-hundred-year-old tree on their family’s plantation. On stormy nights when the power would go out in the Antebellum home, Arielle would distract her younger sister by telling her stories. It never took long before Jasmine’s fear of the dark was forgotten and she was butting in with her own ideas of how the story should go.
In 2017, over mint julep’s on the plantation’s ivy-laden porch, Jasmine and Arielle came up with the crazy idea to co-write a romance novel. A year and many heated debates later, the first book in the Fever series was complete.
When she’s not nagging her sister to add more kissing scenes to their books, Jasmine is a world-traveler, living between New Orleans and Abu Dhabi in the Middle East.
Arielle currently resides on the plantation, where she spends her days writing and convincing Grammy Dee that Annabelle, the housekeeper she hired three years ago, is not the reincarnation of the young woman who hung herself in the peach tree after her fiancé failed to return from war.

The primal part of him argued that things weren’t complicated. That Jessa was still his. And that realization struck deep. “If you want my touch so badly, I’d be happy to grant your wish. I’m thinking a nice start would be my tongue between your—”

Her reflexes were no joke. Before he could finish his sentence, Jackson found himself covered in wine. Again.

He grabbed his napkin and did his best to blot up the red liquid coursing down his face. “If you actually finished a glass of that stuff without throwing it on me, you might enjoy my company a little more.”

“Even piss-ass drunk, I wouldn’t let you do what you were about to suggest.” She sounded truly appalled by his comment. Like he hadn’t done that on this very table once upon a time. “Don’t act like you don’t still want me, Jessalynn.”

“Ha! You are so full of yourself. No, I don’t still want you, Jackson. As you can see, I want nothing more than you to be out of my house and out of my life.”

His jaw twitched. “Feelings aren’t a light switch, Jessalynn. You can’t just turn them off. Did you forget how you used to respond to my touch? To me? How I could light you on fire? Should I remind you?”

“The only feeling I have for you now is disgust.”

“Did you also forget how well I know you? I can tell when you’re lying.”

She put her hands on her hips and stuck her chest out. “I’m not lying, Jackson.”

“I don’t have to prove anything to you. There’s nothing in it for me.”

An idea hit him. “What if there was?”

Jessa looked at him sideways. “What?”

“Since you’re so sure that you don’t have feelings for me anymore, then prove it. If you can resist me for a week, I will sign the divorce papers, leave you the farm, and be out of your life.” A week was pushing his deadline, but he’d make it work.

“You think I can’t go a week without tearing off my clothes and throwing myself at you?” She laughed so hard she began holding her stomach and wiping her eyes.

“If you think it’s that easy, you’ve got nothing to lose.”

Her face sobered. “I’m not crazy enough to sign on for spending a week with you.”

“I’m not going anywhere, chéri. This way, no matter what, I’ll be gone in a week. Otherwise, I’ll leave when I’m good and ready.”

Jessalynn grumbled and her eyes narrowed. “So, if I can make it a week without sleeping with you, you’ll sign the papers and give up on this nonsense about buying the farm?”

He nodded, trying not to smile too wide.

“There must be rules.” She twirled the stem of her empty wine glass between her fingers. “No getting me drunk. I have to be sober for it to count.”

“That’s fair. I don’t need you impaired to get you turned on.”

She rolled her eyes. “And you can’t go around shirtless. Fully clothed, all week.”

“No dice. I’ll keep my pants on, since you don’t trust yourself not to jump my bones if I don’t, but it’s damn near 100 degrees in the daytime around here. You’re not going to force me to wear a shirt the whole time.”

“I have some conditions of my own.”

“You agree to let me stay here. All week. I don’t expect

you to let me sleep in your bed, but for me to have a fighting chance, proximity is a must.”

He threw his head back and wiped his hand down his face. “Come on, Jessalynn. Bend a little.”

With any luck at all, he’d have her bending all kinds of ways before week’s end.

“Whatever. You stay out of my bedroom, though.”

“Alright, but you have to promise not to avoid me during the daytime.”

“I have work to do, Jackson. This farm doesn’t run itself.”

“I think I know a thing or two about farm work. I’ll pitch in.”

Jessalynn grabbed the wine and drank from the bottle. Then she took a long breath. “Anything else?”

“No getting off without me.”

“I don’t want you taking the edge off. You’re going to be begging me to put my mouth and hands on you in no time. Can’t let you cheat by getting off on your own.”

She pushed her chair back and stood. “It’s only a week. I’m not a guy. I’ll survive. Especially if it means getting rid of you once and for all.”

After making her way around the table, she stuck her hand out. “We have a deal.”

He stared at her hand for a beat, then glanced up at her. “Don’t you want to know what happens if you lose?”