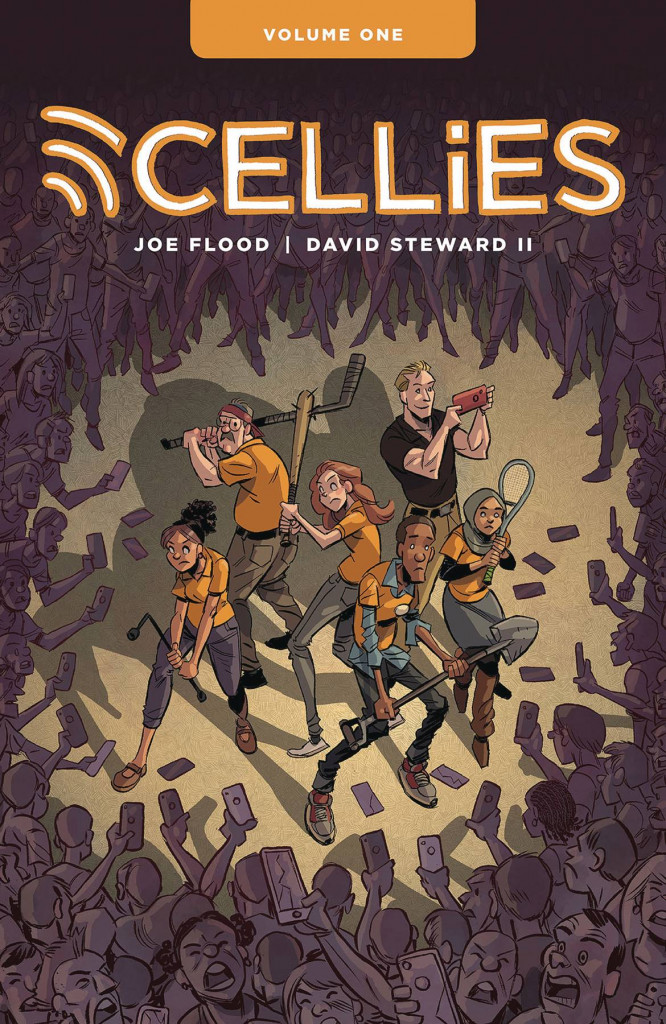 So, given the cover, I had thought this was some kind of zombie book, but no. I guess I should have read the blurb more carefully, but with how Netgalley is set up I generally just look at covers/what genre the book falls in. Instead it is all about the employees of Jog Mobile, some kind of mobile phone shop. So I braced myself and hoped for the best. I have to say I hated this book. Around 30 pages in I wanted to drop it, but I wanted to give another shot, at around 50% I just wanted to bang my head against the wall, and now I am finally finished.

Most of the book takes place in the store, duh, though we also see some other places which I found refreshing.

I liked that this was about retail and that we also actually saw some retailing happening, including some very annoying customers (like the guy who expects our guys to know everything about every phone they have, yeah, no).

I just couldn’t give a shit about any of the characters. Not Rey, not Devin, not any of them. They were all pretty much terrible, and not only because of the Jerry thing. I wonder even why a smart girl like Elena is working there. Does she need money that badly she will take any poop job? Girl…

Did they just take/steal the Jerry thing from Parks and Rec? You know, older employee who nobody seemingly likes and everyone is always shooing and shushing him and being rude to him? I was not amused by that. I hated it in P&R and I am not happy that someone is doing the same thing here. How can someone be so mean towards someone? Just because he isn’t always doing the right things doesn’t mean you should chew him out like this. And really, it is stolen from Parks & Rec. He does the same stuff that Jerry there would do. Stumble around, bump into things, etc.

Plus who the hell does that to someone who is in a tanning booth? I don’t like that guy, but that is just dangerous.

What did I like? Well, those small stories in between about retail. Those were fun to read.

Oh, and the art was good. I liked that.

But yeah, too many things that I disliked so I won’t be reading this one any further than this volume.