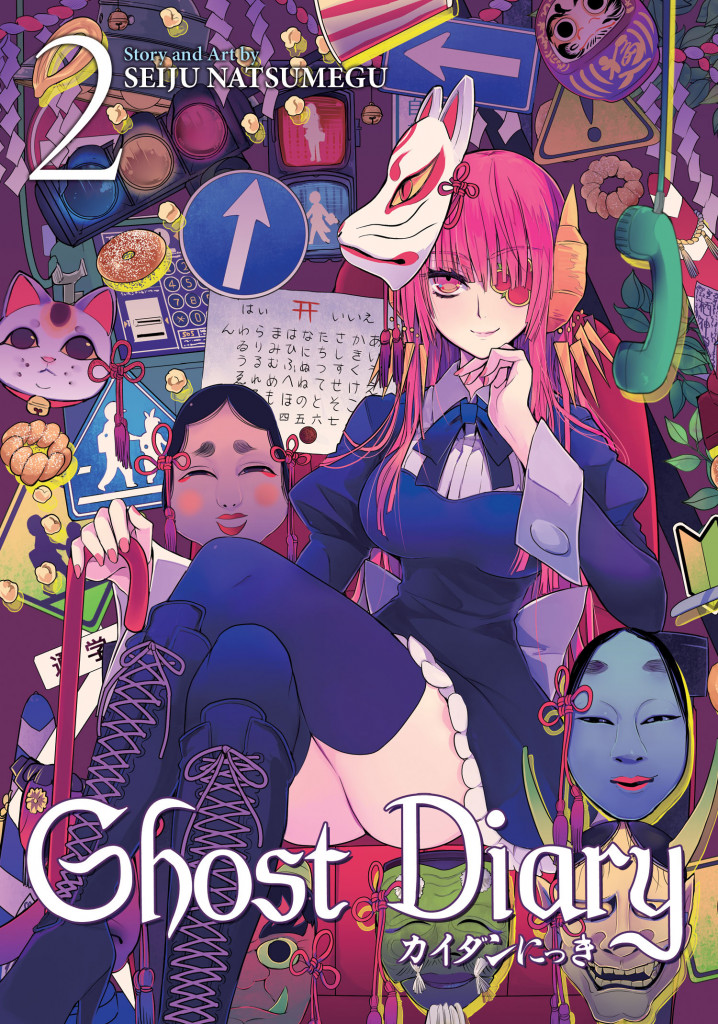 The second volume featuring more glimpses in the past, not just for Kyouchi and his sister but also for Kyouichi’s friends and Chloe. But also enough horror and mystery to keep you spooked out.

5 stories, and one bonus that explains a bit more about the past things that happened. 5 mysteries. First up is a mermaid that is wandering around a place, making delicious soup… well, maybe not so delicious once you know the ingredients. It was a pretty creepy and spooky, but also very gore and disgusting. I mean, that part with Chloe? OMG, I was just disgusted and had to stop from vomiting. Holy hell.

Next up is a story about a rubberman who likes to ruin couples, and we find out that he is infatuated with Chloe. While I didn’t quite like that Occult’s club president, I did feel sorry for him. This wasn’t a very big favourite of mine, it was a bit bland and boring, and the monster of this story wasn’t that interesting to me. Though there was one thing I did like and that was seeing that Mayumi is finding out her powers and being able to use them. At least a bit.

After that a story about aliens? I still have no clue if this was all true, or if it was just a delusion. Then again, the ending did show us something, so I guess it was true, but that just doesn’t make sense. Though, sorry sudden light-bulb moment, it does explain why she stayed so tiny. But yeah, the story wasn’t that interesting, and it didn’t help that the focus were two characters I just don’t quite like.

Yes, Kokkuri time! We see that Mayumi’s powers are growing, and I am quite interested in how much potential she has. I guess someone needs to teach her some things as she is quite oblivious to what it means to be so spirit sensitive. This one was quite creepy, and I hadn’t expect that to happen when Chloe pinned Mayumi to the wall.

And the bonus story which teleports us back to the past. I did like this one as we see Kyouchi’s sister again.

I liked how the stories are seemingly without connection, but when you read them you see the connection, and see that things are getting closer to a conclusion. There is a bit of trouble between Chloe and Kyouchi, but thankfully they are able to talk about things. They both need each other. Kyouchi wants to complete the diary so he can find his sister, whereas Chloe wants her memories back. I am quite curious to if they can do this, plus what Chloe’s memories are.

The art is still very fabulous, I quite love the style. Sure, some of the characters designs aren’t that big of a favourite to me, but generally I am happy with how the characters look. Also big big plus points to that fabulous cover. It is just beautifully drawn.

Now, off to the next book, which is the final one in this series. I am quite curious how they will wrap up the story in those last chapters, will Chloe get her memories back? Will Kyouchi get his sister back? And will Mayumi and Kyouchi finally kiss or at least can we have a confession? Please?