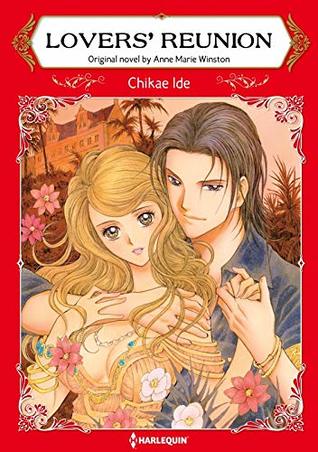 I received this manga in exchange of an honest review.

Number 4 in our Harlequin party is here, and I just fell in love with this cover. Look at the details! Look at that fabulous dress! I just adore the characters (though the dude looks a bit creepy). Then I read the blurb and I knew we had a story full of romance (and hopefully not so much drama).

The story begins with Marco lying in the jungle all broken and battered. I had a bit of a laugh at this monologue of his: “Sophie. Why didn’t you try harder to stop me? Why did you let me go on this trip?” Um, because she loves you, and she probably doesn’t want to stand in the way of your dreams. I know I would do the same for my fiance. Or I would follow him, if that is possible. But if he really wants to fulfil a dream, go ahead. I will be sad, and sure, I will talk to you, but if you are determined, who am I to stop you?

We hop back to a year later, and of course mom can’t help but spill the beans that Marco is back again. Though why she called him a misfit? That is just harsh. Though, given that he hurt her daughter… maybe truth? Eh. Tricky. Of course, Marco conveniently walks (or hobbles) into the kitchen at that moment. Dang, that was too convenient. Sure, there was a need for confrontation, but now? So soon after that one conversation? No.

Oh, we finally get a flashback to how Marco and Sophie met and fell in love. Eh, I had expected a bit more. Sophie seemed very much in love, but Marco isn’t showing it that much. From what I can see they only had a dates, one time sex, and then he left…. Ehm. I had thought their romance was more entwined, stronger, more love. Also: Marco: “Stop me. Please beat your hands on my chest and wail asking me not to go. No, I’d still go. I’m choosing an adventure over you. I’m sorry, Sophie. Please forget about me.” Um, dude. You said in the beginning of this story that Sophie should have tried harder, but now I am confused due to how your love/romance was with her, and that apparently she wouldn’t have been able to stop you.
Oh, good grief. Sophie. Please. rolls her eyes Wow, how convenient, I know this sounds harsh, but I found it a bit too convenient that that happened to her marriage. 😐

Urgghhhhhhhhhhhhhhh!!!!!! That is such a dickmove of Marco. Why are so many of the guys in these books dicks? You can’t just pay a girl to go on a date with you. Their argument following that was just cringy and I hated it. Also: “I admit I slept with women. I’m a man after all.” What the fuck? Sorry, but really what?

Also, isn’t that rape? She is clearly saying no, clearly pushing him away. Though sure, her mind is a different field, but her whole body was saying no. She even cried.

And then everything moves way way way too fast for me, and of course there is more drama. Stupid drama. Things that could have easily been avoided if PEOPLE TALKED FOR ONCE. Oh yes, go out in a storm, while crying, while feeling crap. What could possibly go wrong? URUGHGHHGHG.

Ewww, that truth about Juliet. That is so wrong, in so so many ways.

Here we go, happy ending. With of course a wedding. And sure, I was happy with things, but mostly I found it all highly ridiculous. 2 stars. And that is for the art, and because, I have to be honest, they did make a cute couple and Marco turned out to be a pretty OK guy.