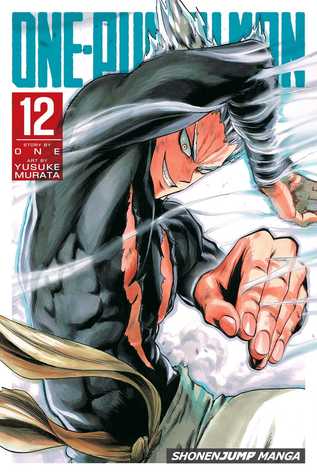 Monsters, so so many monsters. And even more fights!
I finally had the chance to buy this volume, I am so behind on this series and I should get the rest of the volumes I am missing soon. I need to know how this continues. And I am normally not a gal who likes shounen that much (or at least these days), but this series? I can’t resist it.
This time we continue with the martial arts tournament, but we also have a monster flood. I really liked reading about both of these situations, especially as we also see other heroes/heroines and also new villains. And yes, I was at first a bit worried how the martial arts tournament and the new monster threat would work out, would it distract us from one or the other? And I can honestly say, no. It doesn’t. If anything it made everything more exciting.
I did think it was hilarious that the female villains all wear sexy clothes (one even wore bondage/S&M clothes). Sure, I am happy to see some sexiness, but it is funny that it is generally the girls.
The martial art tournament was a bit less of tournament and more how fast can one knock another guy out of the ring kind of contest. These guys are all so overpowered. I even felt sorry for the one who touched Saitama’s hair. But the contests did take a bit longer as the guys did like the talk (hot dang, they loved to talk).
Genos was just kick-ass in this one. I loved what he did for Saitama, and that he was working hard to get back to his master’s fight in time. Aww!
The ending had me in stitches. King was just so awesome, and I loved how Saitama didn’t let anyone screw with him.
The art was fabulous again, another reason why I read this series. Because the action scenes are so intense, and there are tons of other scenes that are beautifully done. Of course, as we could see in this volume, he can also go back to that hilarious dumbed-down stuff. 😛
All in all, I need the next volume as I want to know how this monster threat thing continues.